Opposing mass redevelopment on the King’s Road in Chelsea 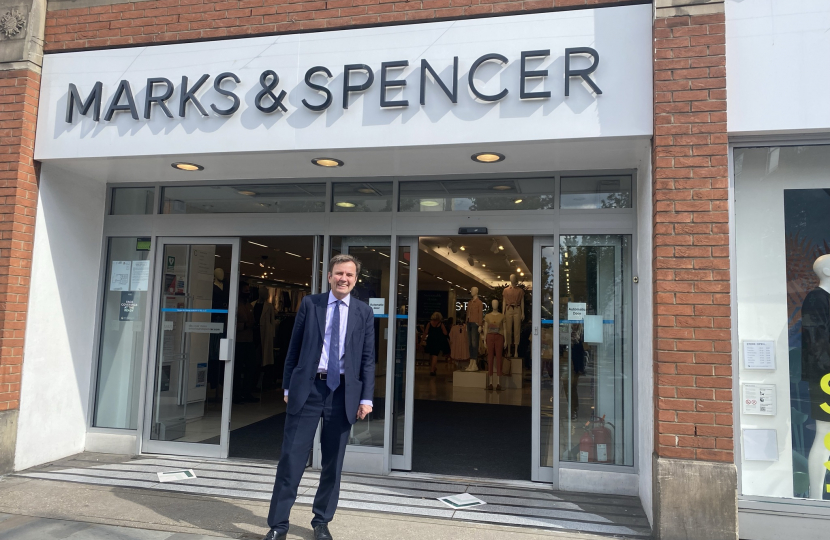 Greg joined local campaigners in opposing a huge redevelopment on a prominent spot on the King’s Road in the heart of Chelsea where M&S is currently located.

In line with the numerous objections by local residents and Resident Associations, Greg noted the large increase in bulk and height of the proposed building. The bulky facade of the proposed five storey building would be overbearing for the location and change the appearance of the iconic King’s Road significantly. It would overshadow the nearby lower residential properties greatly and the street vista would be negatively impacted, especially along Markham Street, whose street scene is typical for Chelsea. Homes on Smith Street, Markham Square and Charles II Place would equally be impacted by the considerable increase in size of the proposed development.

The site is in close proximity to several well-known listed buildings and directly adjacent to the Chelsea Conservation Area as well as the Royal Hospital Conservation Area. It is imperative that the unique character of the local area is preserved. Specific worries have been raised in relation to the properties on Charles II Place, located directly to the rear of the site.

All units of the proposed building have been proposed as ‘Class E’ use. No further indication of the nature of future business occupants has been provided. Greg feels that it would be beneficial if this was detailed further.

Greg’s additional concerns relate to any deliveries required to the new units once occupied. The suggested plan for deliveries lacks detail and Greg is concerned about the very limited loading space at the rear of the proposed development. This could result in dangerous obstruction of the pavement and highway along the King’s Road which is also a prominent bus route. Additional HGV traffic would have a detrimental effect on the air pollution levels in the local area.

The proposed plans show an open courtyard and several roof terraces which would be accessible from the proposed units. Both open-air propositions are likely to lead to noise pollution and considerable loss of privacy for many of the surrounding residents. The hours of operation of these open spaces have notably not been specified in the proposal.

Greg notices the danger of any future change of use under permitted development. The units should not be able to be converted into residential properties without specific conditions, especially regarding windows and roof terraces.

Greg agrees with the large number of residents who have expressed concerns about the loss of parking facilities. The current car park with over 100 spaces would be lost with no alternative provision made for disabled and elderly local residents who are frequent users of the current car park. No parking or charging provisions appear to have been planned for electric vehicles. This extreme approach would most likely lead to an increase in illegal parking and increase pressure on surrounding residential streets.

The excavation of a second basement level and creation of mall type complex is reason for concern. The King’s Road thrives on its heterogeneous, low-rise street scene with a great variety of small shops. A similar mall type shopping facility on the King’s Road has proven unsuccessful only recently and has to be re-developed.

Greg has called on the Planning Department at the Royal Borough of Kensington & Chelsea to look carefully at these developer plans.