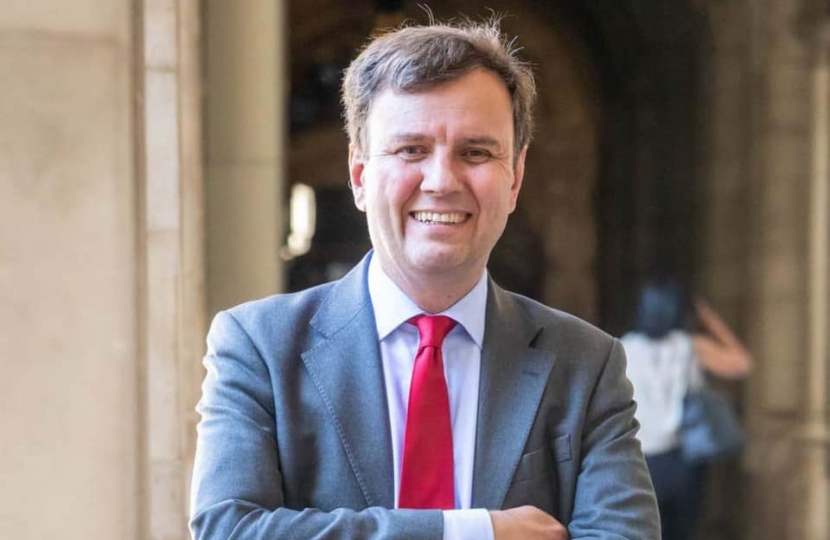 Born in 1965 to British parents in New York, Greg lived in the USA until he was seven years old and the family moved back to the UK.

After being educated at Dr Challoner’s Grammar School in Amersham, in 1985 Greg embarked on a gap year in West Berlin, where he worked at a swimming pool, a department store and at McDonalds. Thereafter, Greg studied Modern History at Cambridge University. He joined the Conservative Party whilst at Cambridge. After university, Greg began a career in finance, and worked on trading floors in London and New York.

In 1998 Greg was first elected as a Councillor in the London Borough of Hammersmith & Fulham and from 1999 until 2003 he was Leader of the Conservative council group.

In 2005 Greg was elected as Member of Parliament for Hammersmith and Fulham, taking the marginal seat from Labour, with a 7% swing, achieving a majority of 5,000 votes.

From January 2009 to May 2010, Greg served as Shadow Treasury Minister, and after the 2010 General Election he was appointed Parliamentary Private Secretary to the Chancellor of the Exchequer, George Osborne. In October 2011, Greg joined the Government Whips, where he worked for almost four years. During this period, in 2013, he was appointed Deputy Chief Whip and Treasurer of HM Household.

Following the 2015 General Election, which resulted in a Conservative-majority Government under David Cameron, Greg was appointed Chief Secretary to the Treasury. Greg carried out the 2015 Spending Review, which set out all of Government spending for almost five years, the longest and most successful review ever undertaken.

In July 2016, under Prime Minister Theresa May, Greg was appointed Minister of State in the newly created Department of International Trade. Greg worked in promoting exports, inward investment, trade agreements and tariff policy. In 2018 Greg resigned from this position in order to meet his election promise of voting against a third runway at Heathrow airport.

Greg is fluent in German and French and speaks several other European languages to a good standard, notably Czech.

Greg has lived in Fulham since 1990. He is married with two children.

Subscribe to my regular news bulletin for Chelsea & Fulham residents.