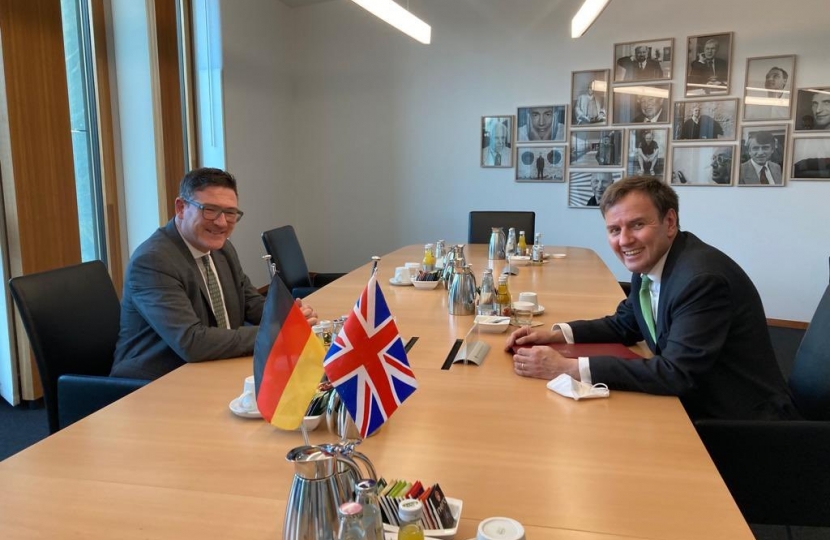 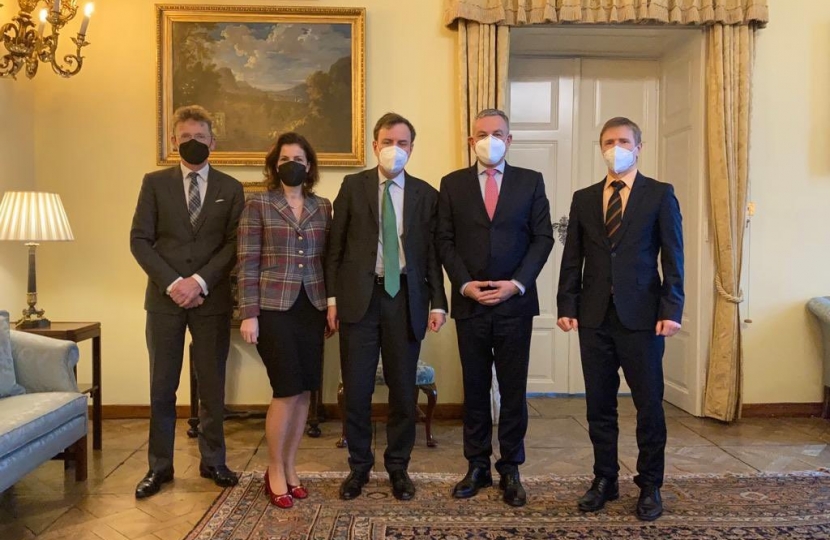 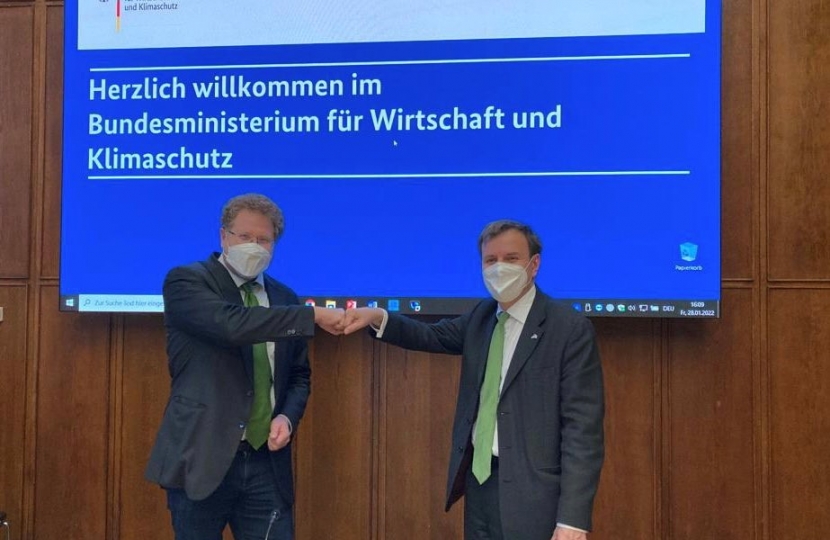 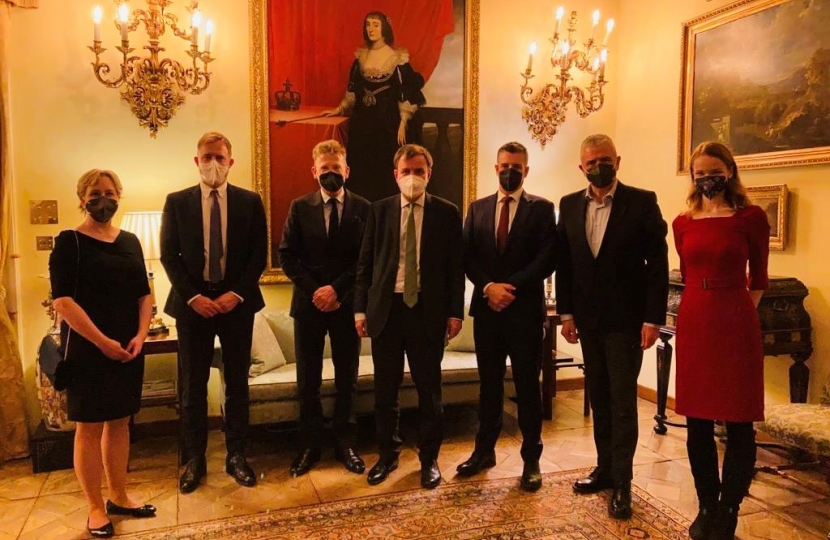 Last week, the MP for Chelsea and Fulham, Greg Hands MP, visited both Prague and Berlin as Minister of State for Business, Energy and Industrial Strategy (BEIS).

Greg started in Prague and became one of the first Ministers to visit the new Czech Government. The MP met with Czech Industry and Trade Minister, Jozef Síkela, to discuss the global transition away from coal towards renewables such as wind, solar and nuclear.

Alongside this, Greg met with Zuzana Krejčiříkova of Skupina ČEZ, one of the six largest European energy companies, as well as British and International companies at the British Embassy. As the Powering Past Coal Alliance (PPCA) co-chair, Greg spoke to these companies about how the UK can work with the Czech Republic on energy transition.

In Berlin, the Minister attended the Economic Königswinter Conference to talk about how the UK and Germany can cooperate in the fight against climate change.

The MP also had the opportunity to meet the recently formed German Government, discussing progress in both the UK and Germany on Hydrogen with the State Secretary at the Education & Research Ministry, Stefan Kaufmann, and speaking about the importance of renewable energy with his German counterpart, Patrick Graichen.

Commenting on his trip, Greg said:

“The UK has a special and enduring economic partnership with both the Czech Republic and Germany and it was a pleasure to meet members of both new Governments.

The UK will be cooperating with Germany and the Czech Republic on climate change, the transition away from fossil fuels, renewable energy and clean growth, as we look to further enhance our bilateral relationship with both countries.”

As a good speaker of Czech and a fluent speaker of German, you can see videos of Greg summing up his visit to each country here in Czech and here in German.

Greg submits his bus petitions to TfL calling for a reverse in the cuts to the Number 14 and 170 buses!