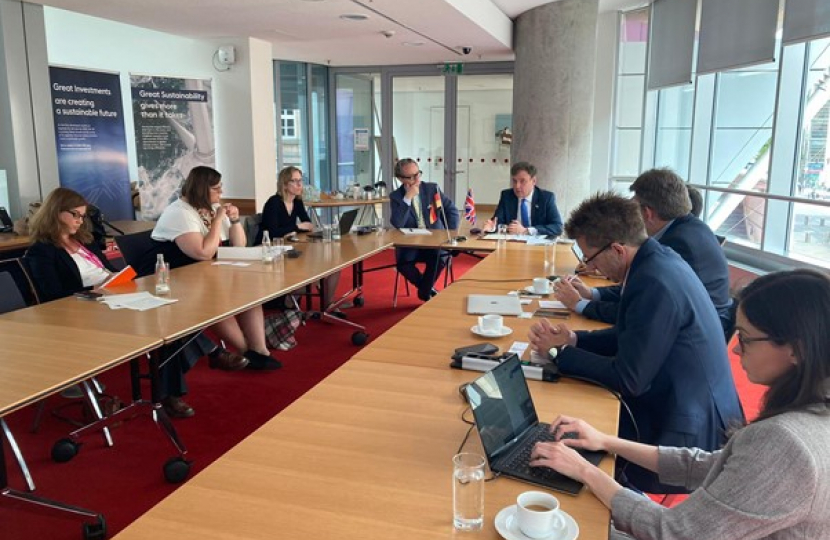 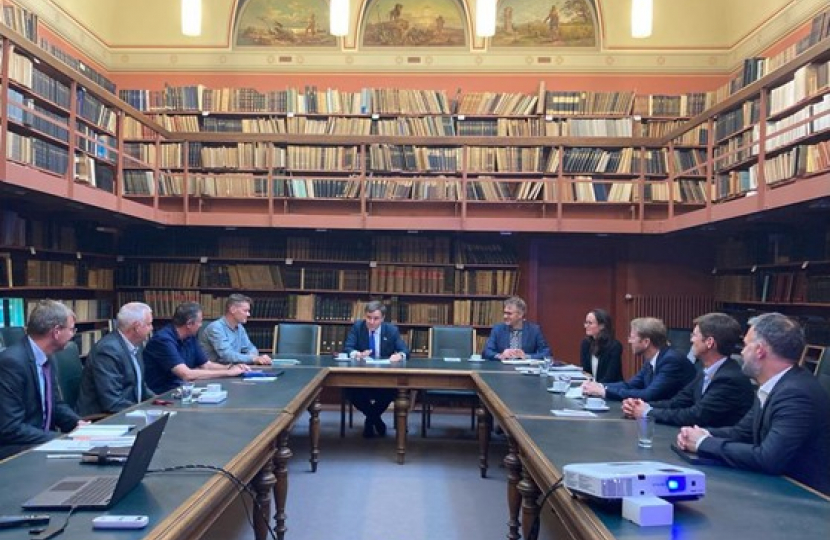 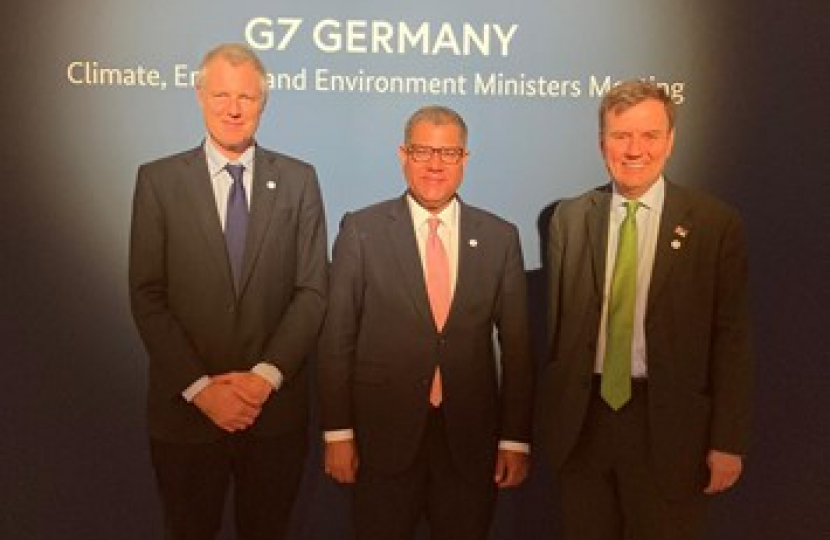 Last week, Greg visited Berlin for a joint meeting of G7 energy, climate and environment Ministers. The MP for Chelsea and Fulham was joined by Alok Sharma, the COP26 President, and Zac Goldsmith, the Minister for the Pacific and the International Environment, to discuss the move away from Russian energy towards renewables and low carbon energy sources like nuclear.

Finally, Greg enjoyed hosting a UK-Germany Hydrogen roundtable in Berlin with key Hydrogen stakeholders where he spoke about the work the UK Government is doing to integrate important new technologies such as hydrogen into the energy system.

Commenting on his trip, Greg said:

"The UK and Germany have a special and enduring relationship and there are few countries in the world that share such a close partnership.

Our aim is to work with Germany and the rest of the G7 in the transition away from fossil fuels and the fight against climate change."