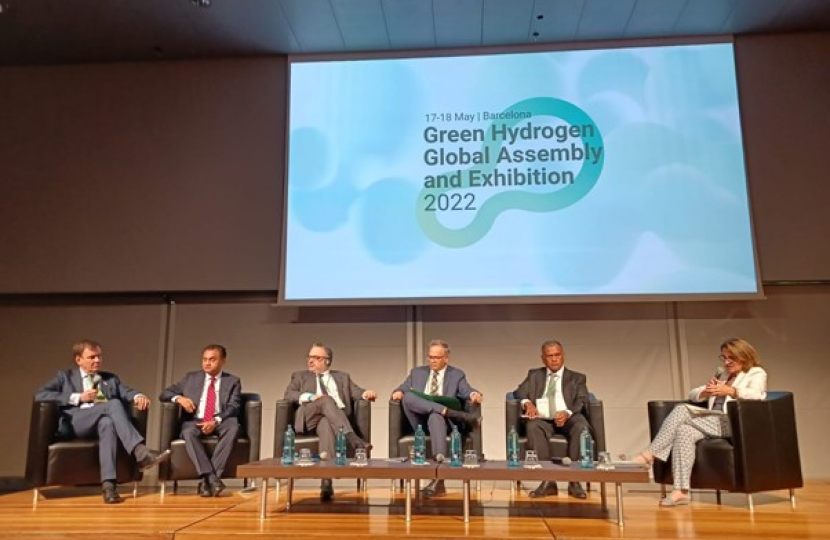 The Minister for Energy, Clean Growth and Climate Change also enjoyed being on the panel ‘Government action to enable a green hydrogen revolution’, where he spoke of the work the UK Government is doing to integrate important new technologies such as hydrogen into the energy system.

Commenting on his trip, the MP for Chelsea and Fulham said

"Hydrogen will be a hugely important part of the UK's energy future and it was great to attend the Green Hydrogen Global Assembly in Barcelona last week.

International cooperation will be essential as we look to transition further towards renewables and I look forward to working with our international partners as we continue the fight against climate change."