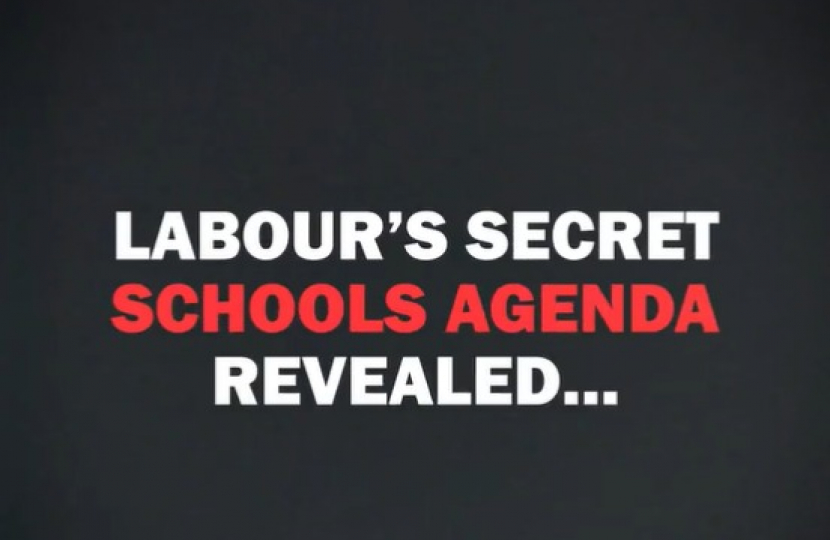 I hope you are well and are keeping warm!

This week I have started a petition against Labour’s proposed 20% Tax on independent school fees.

I have been dismayed to see Labour’s short-sighted proposal to tax independent school fees on the forefront of their agenda again. Indeed, it is almost their only clear policy at this time. As it was during the 2019 General Election campaign, when it was Jeremy Corbyn’s flagship proposal, too. This Labour policy is simply a tax on aspiration.

I was educated at state schools and fully recognise the value that choosing an independent school can bring to pupils and parents.

Research has shown that the full impact of this policy would not be felt until five years after its implementation. Whilst many pupils would be forced to find a place in the state sector immediately, other parents might be able to stretch finances for a few more years until their child has reached a certain key educational stage. It is however quite possible that this tax would lead to the closure of most, or even all, private schools within five years.

Independent schools educate more than 500,000 children in the UK. All, or even part of, that number of pupils being released into the state education sector would be hard to absorb and lead to huge disruption for millions of children across the country. The policy to put VAT on fees would not raise nearly enough money to cater for the disruption and the creation of new state school places.

The short-sightedness of Labour’s proposal is that they have no plan where these pupils would go to school instead. By losing our network of private schools and putting a greater strain on finances available for the state sector, state school funding per pupil would decrease sharply. More and more pupils would enter the state system without the necessary resources like classrooms and teachers being in place. Communities and local authorities would be put under an enormous additional pressure.

Let’s not forget that independent schools provide a service to their local communities. Not only do they educate a large number of children without relying on local authorities’ funding, they also offer bursaries for pupils from disadvantaged backgrounds and their community outreach benefits local state schools free of charge. Thousands of outreach programmes are already in existence which improve education for every pupil involved. Instead of threatening private schools with closure, we should look at enhancing their partnerships and projects with local maintained schools to broaden education for all.

Independent schools have so much to offer – the Labour Party needs to start appreciating this.

This is a clear and present danger from Labour for many families in Chelsea & Fulham and I urge all resident to show their opposition to this Labour proposal by signing my petition and sharing it with friends and family, too.

You can read the full News Bulletin #654 here.