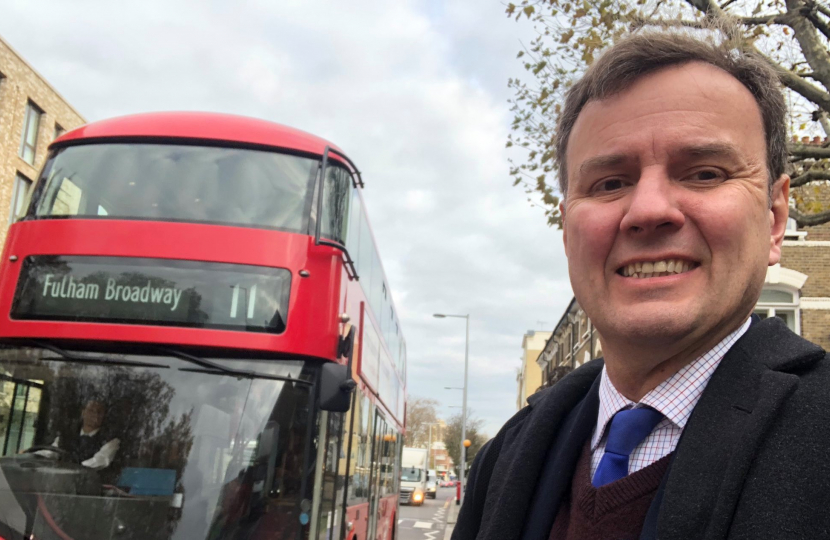 I hope you are continuing to enjoy the warm weather we’ve been having this summer.

I also hope that, like me, you enjoyed our Lionesses' fantastic performance in the final of the European Championship last weekend. England vs Germany is always a tough game in the Hands household! But we agreed that the Lionesses deserved their victory for their excellent performances throughout the tournament.

Turning to politics, this weekend is your last chance to make sure that Sadiq Khan knows the importance of our local bus routes across Chelsea and Fulham! Mayor Khan’s bus cuts consultation closes at midnight on Sunday 7th August. Read more about how you can have your say below.

It is vital that as many people as possible respond to the TfL consultation AND sign the petition I’ve been running, calling on Mayor Khan to drop his bus cuts. Links to both are provided below. The massive cuts are a result of his mismanagement of TfL’s finances throughout his six years at City Hall.

I believe that Rishi Sunak is the best candidate to build on the Government’s successes and adapt to the challenges it currently faces.

As I have said before, he represents a return to traditional Conservative economic values of sound money and keeping a grip on public spending and not borrowing too much. He understands that we have to conquer inflation before cutting tax. Former Conservative Chancellor Nigel Lawson agrees, "The country will not forgive our great party if we forget the importance of sound money and let inflation run rampant."

People believe he has what it takes to lead the UK. A recent poll carried out out by Ipsos Mori indicated that more people believe that Rishi would make a good Prime Minister than both Keir Starmer and Liz Truss.

Only Rishi has a proven track record of getting our country through an economic crisis.

Through schemes like furlough, he prevented millions of people from losing their jobs, and millions of businesses from going under. Rishi is the main reason why we have record low unemployment today.