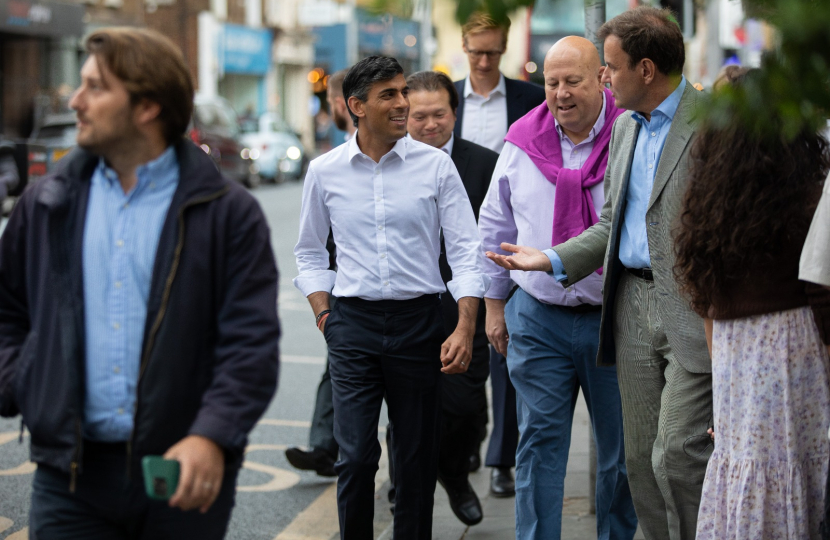 It was a pleasure yesterday to welcome Rishi Sunak back to Chelsea.

I have been backing his campaign to become the new Prime Minister, ever since Boris Johnson announced he was stepping down after three years in charge.

I felt that local people were warm to Rishi, as I showed him around our local area. We met surgeons, GPs and disability campaigners at Chelsea and Westminster Hospital. Rishi has the best economic policies to ensure that the NHS continues to be well funded. His father was a GP, and his mother a pharmacist, so he understands healthcare. I took him to the World’s End Estate, where he met local residents who stopped for a chat and selfies. And we met the leaders of the Chelsea Muslim Centre, popped into the Chelsea Theatre, as well as local Councillors and campaigners.

I believe that Rishi Sunak is the best candidate to beat Labour and turn our economy around. He represents a return to traditional Conservative economic values. He understands that we have to get a grip on inflation, then continue our economic growth, and lead to tax cuts.

I believe that only Rishi can beat Labour, and deliver a historic fifth general election victory. People trust him and know he’s competent. Every single pollster shows Rishi is the most popular candidate with the public. Every poll shows only Rishi beats Keir Starmer. Only Rishi wins remain and leave voters. And only Rishi wins the North and the South.

In 76% of the seats the Conservatives won in 2019, Rishi Sunak is seen as the candidate who would make the best PM.

Only Rishi has a proven track record of getting our country through an economic crisis. Rishi is the best man get our economy on the right path of recovery from the Pandemic and Putin’s war. Through schemes like furlough, he prevented millions of people from losing their jobs, and millions of businesses from going under. Rishi is the main reason why we have record low unemployment today.

Have a great weekend!
Yours,

Subscribe to my regular news bulletin for Chelsea & Fulham residents