Greg makes Trade visit to Prague: where he attended university in 1987 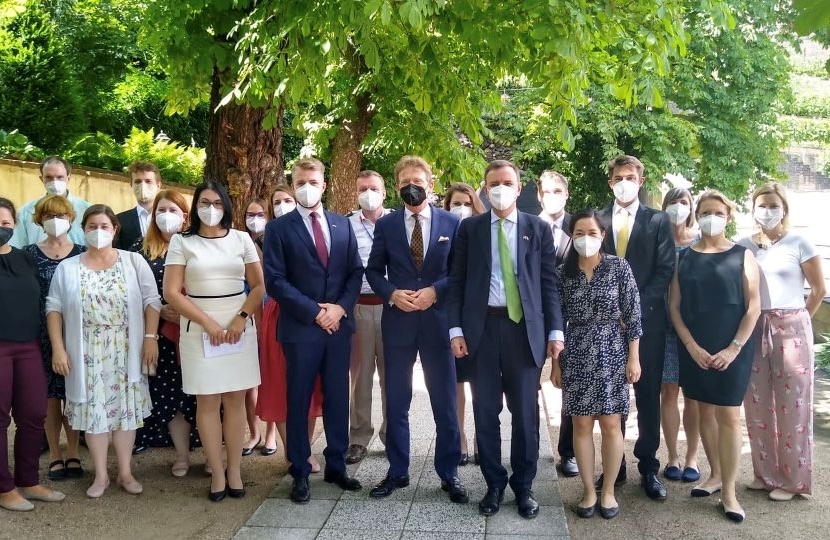 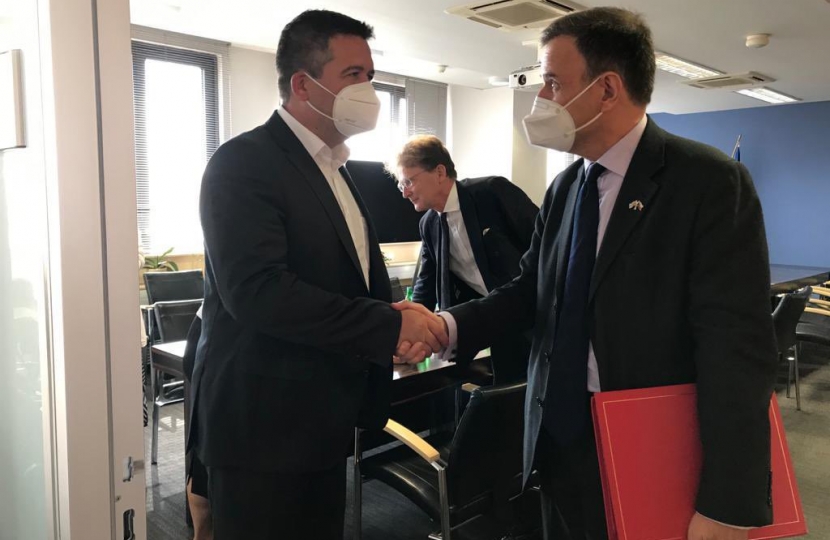 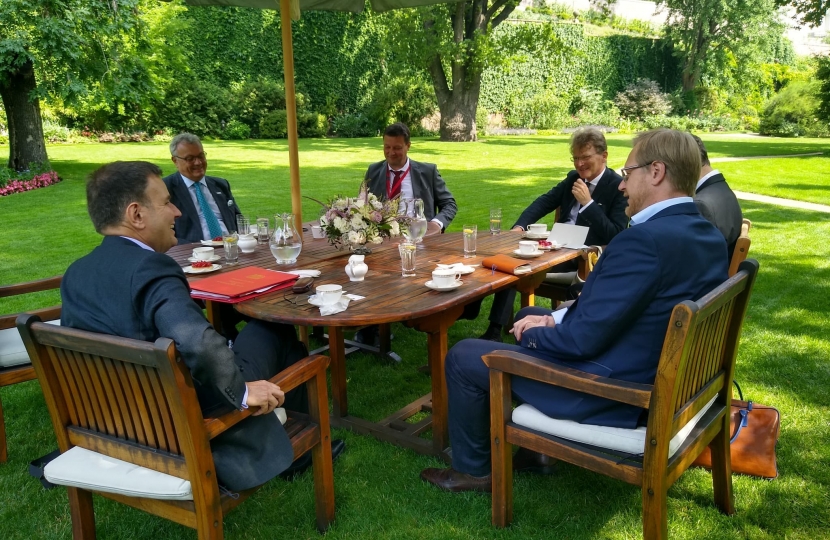 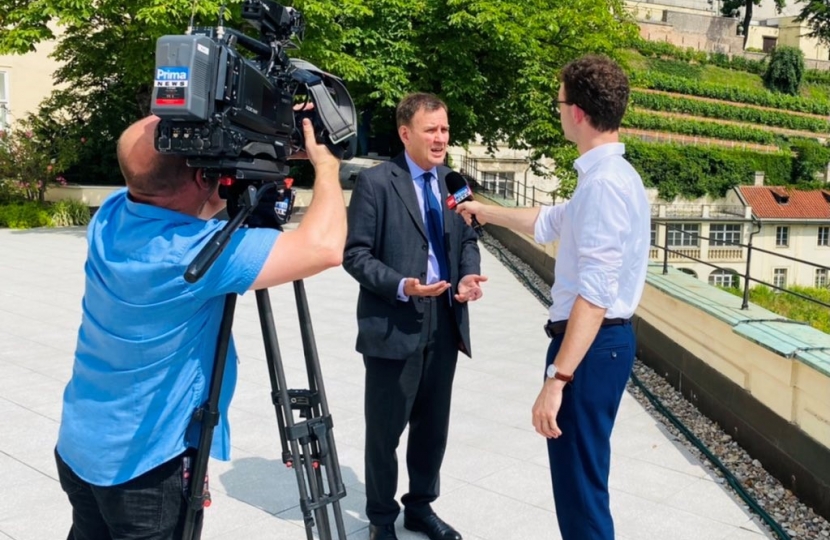 Greg Hands MP was back in Prague last week for a Trade visit, 34 years after attending the Charles University (Univerzita Karlová) Czech language summer school in 1987. Greg used his competence in the Czech language to good effect, with meetings with 2 Czech Deputy Prime Ministers, business organisations and media interviews.

Whilst in Prague, Greg Hands MP stressed the importance of the bilateral relationship between the UK and Czech Republic when discussing trade, innovation and climate change with the Czech Deputy PM, Karel Havlíček, and the Czech Deputy Minister for EU and International Trade, Martina Tauberová.

Alongside this, the MP for Chelsea and Fulham met with Jan Hamáček, Deputy Prime Minister and Czech Interior Minister and an important friend to the UK. Key areas were discussed between the two, including the proposed Police Cooperation Agreement, post-Brexit bilateral ties and the work the Interior Minister has done for UK nationals.

The British Chamber of Commerce, Czech Republic (BCC CZ) and European Trade Hub also welcomed Greg Hands MP into their premises in Prague, where the MP was able to meet some of the team who have supported 1000+ UK companies gain access to European markets, consisting mainly of small to medium sized businesses and first time exporters. Furthermore, the MP for Chelsea and Fulham met with Czech business organisations to gain their viewpoint, which was that Czech businesses have largely coped well with change and the trade relationship between the two countries remains strong.

“The UK and the Czech Republic have been friends and allies for generations; we share values and beliefs, cultural and human ties, and trade and business links.

As the first British Minister to visit Prague for some time, due to the Coronavirus regulations, it was great to thank some of our British Embassy in Prague staff for their hard work in recent months.”

Greg Hands MP, Member of Parliament for Chelsea and Fulham is thanking National Lottery players for their role in raising much-needed funding for local charities and community groups.