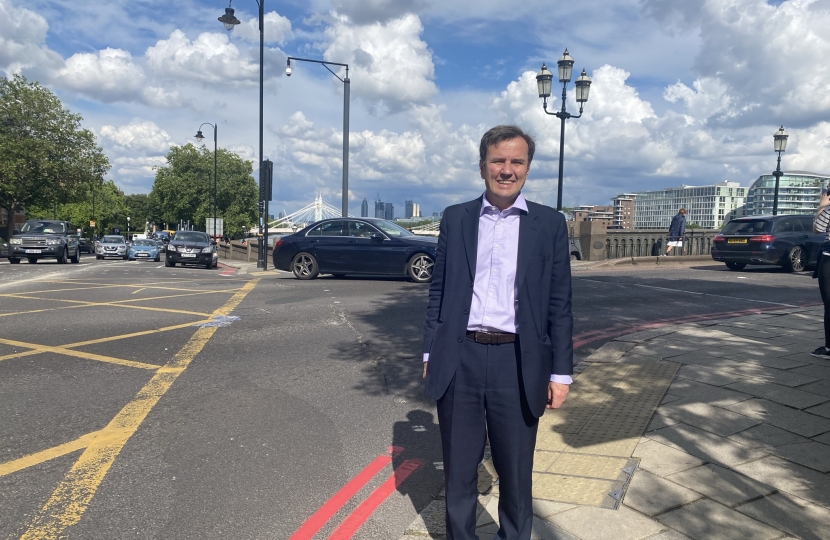 This week, the MP for Chelsea and Fulham was informed by Transport for London that the much-anticipated works to install a pedestrian crossing at the north junction of Battersea Bridge will commence later this month following the successful residents’ campaign.

The junction of Chelsea Embankment / Battersea Bridge / Cheyne Walk / Beaufort Street and the lack of ‘Green Man’ crossing facilities has been a longstanding issue. It is part of Transport for London’s (TfL) Route Network and ultimately the responsibility of TfL and the Mayor of London.

The longstanding concerns of this junction date back to 2002, where TfL addressed the need for improvements and confirmed a ‘Green Man’ crossing would be installed in 2005. However, 15 years later and this has not been achieved, until now.

Following, the tragic and sadly fatal accident in January, the Chelsea Society and local residents launched a petition, led by local activist, Rob McGibbon, to install a pedestrian crossing at the junction. The petition received over 25,000 signatures.

Alongside the residents’ campaign, Greg Hands MP met with local Councillor Johnny Thalassites, London Assembly Member, Tony Devenish AM, and the Transport for London officials and Commissioner to raise concerns about the junction and discuss plans to install a pedestrian crossing.

“I am delighted to hear the first phase of the works to install a crossing at this dangerous junction start later this month. This has been a longstanding issue for Chelsea residents and the progress of this campaign, demonstrates the power of the residents’ campaign.”