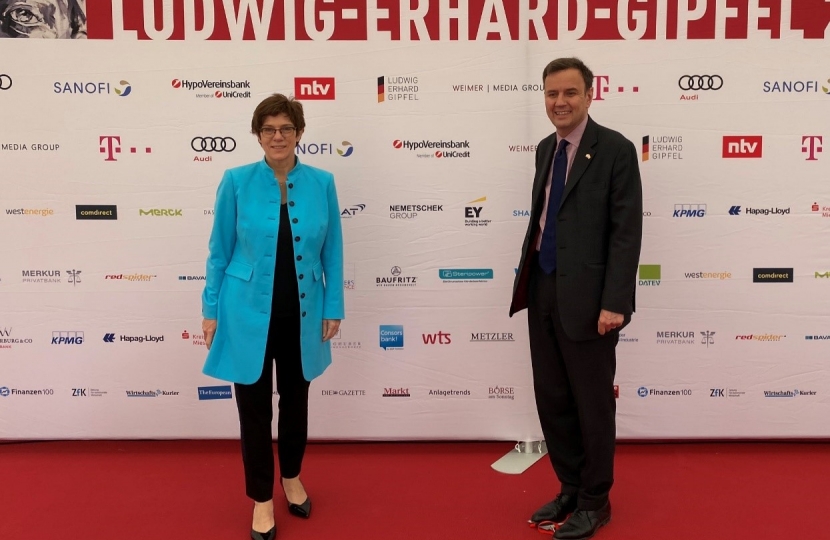 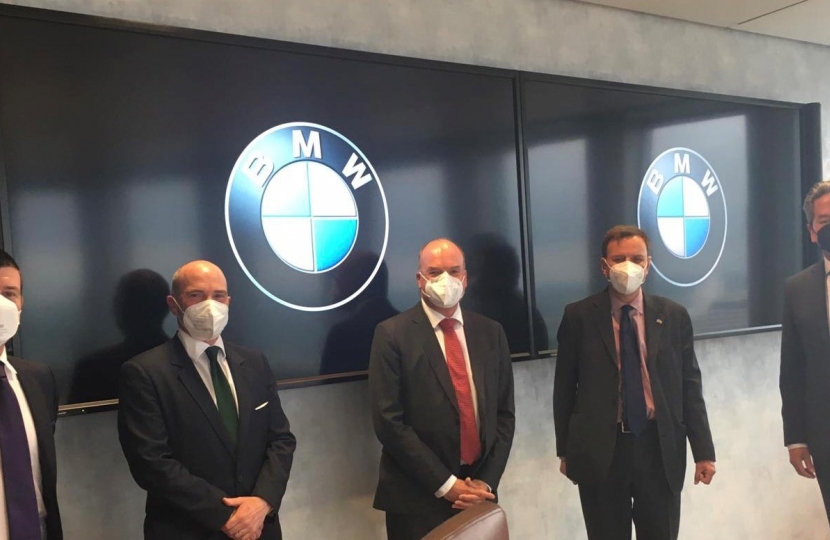 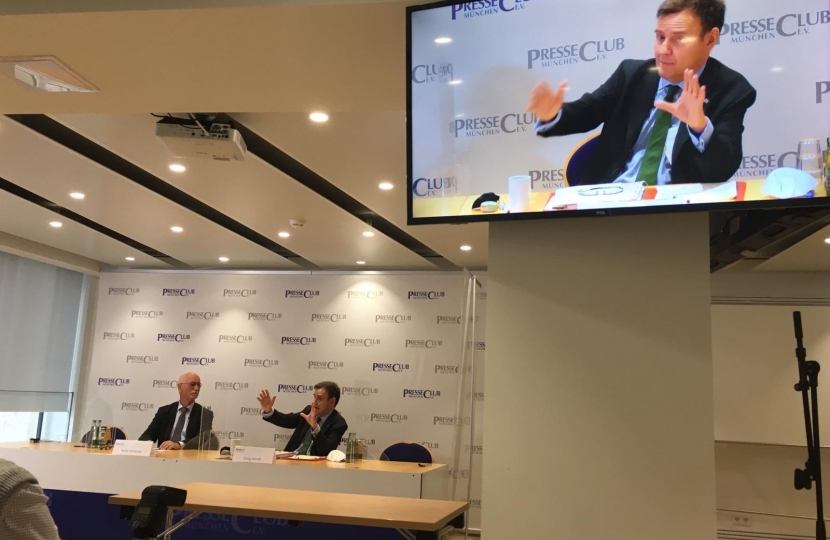 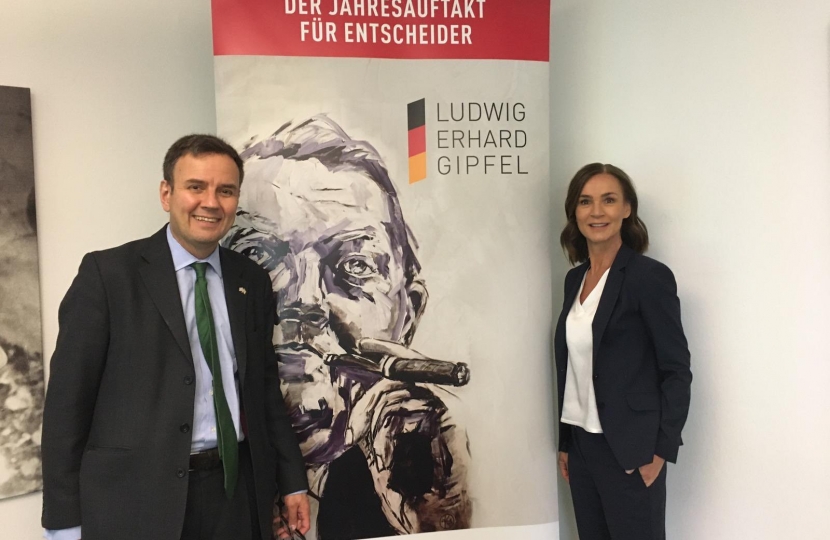 Germany is the UK’s second largest export market for goods and services and second largest trading partner, accounting for more than 10.2% of all UK trade in 2019. During that period alone, total trade between the UK and Germany was more than £136 billion. Greg Hands MP highlighted the importance of maintaining and enhancing this bilateral relationship in a post-Brexit world at the Ludwig Erhard Summit in Munich. With over a million Germans and Austrians watching online, the MP spoke passionately in German about the UK-EU Trade and Cooperation Agreement and the new opportunities for investment and trade between both countries.

Alongside this, the MP for Chelsea and Fulham met with the German Defence Minister, Annegret Kramp-Karrenbauer, and separately with the Austrian Chancellor, Sebastian Kurz. Issues that were discussed included the collective efforts to overcome the Covid-19 crisis and cooperation on security and the economy.

The importance of German businesses and manufacturers to the UK economy cannot be overstated, and Greg Hands MP visited and met with key German companies including the BMW Group and Audi. With BMW employing 8,000 people in the UK and Audi being a large investor in the UK with Bentley Motors in Crewe, both companies expressed their delight with their UK operations, the state of the UK market and the UK-EU Trade and Cooperation Agreement.

During the visit, the MP also engaged with the German media at the International Press Club of Munich to discuss UK-Bavaria relations, including the £15 billion bilateral trade relationship, building stronger ties between Bavaria and UK businesses and even the Chelsea vs Bayern Munich 2012 Champions League final!

“The UK and Germany have a special and enduring relationship and there are few countries in the world that share such a close economic partnership.

Our aim is to enhance this relationship post-Brexit through trade, investment and collaboration on key issues such as security and climate change. By working together, we can hope to meet the challenges both our countries face as we recover from the pandemic, supporting shared prosperity for the people of the UK and Germany.”