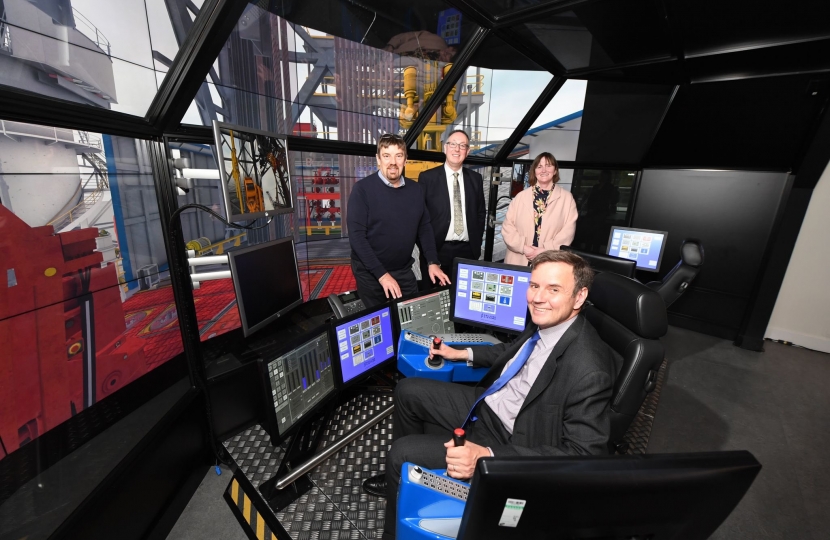 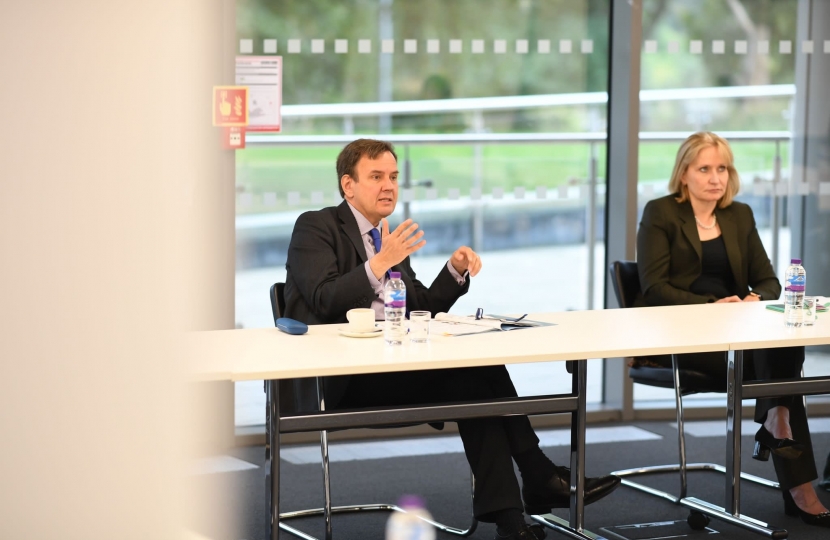 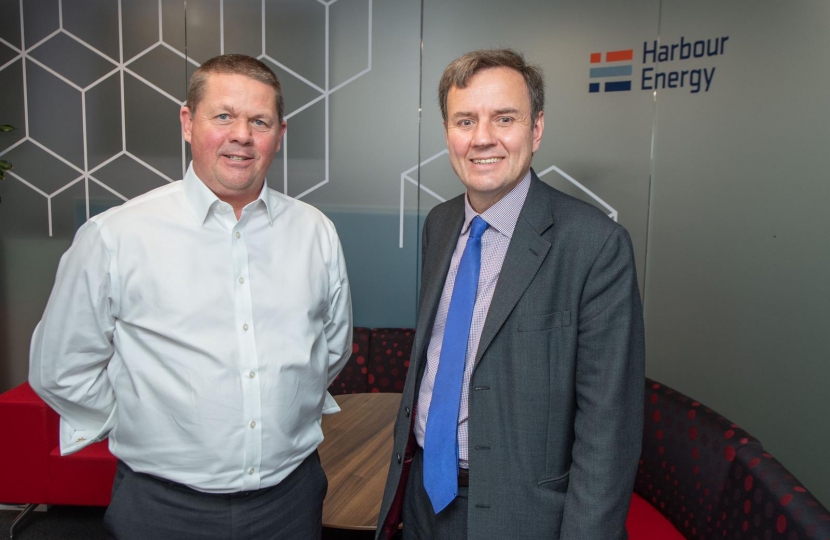 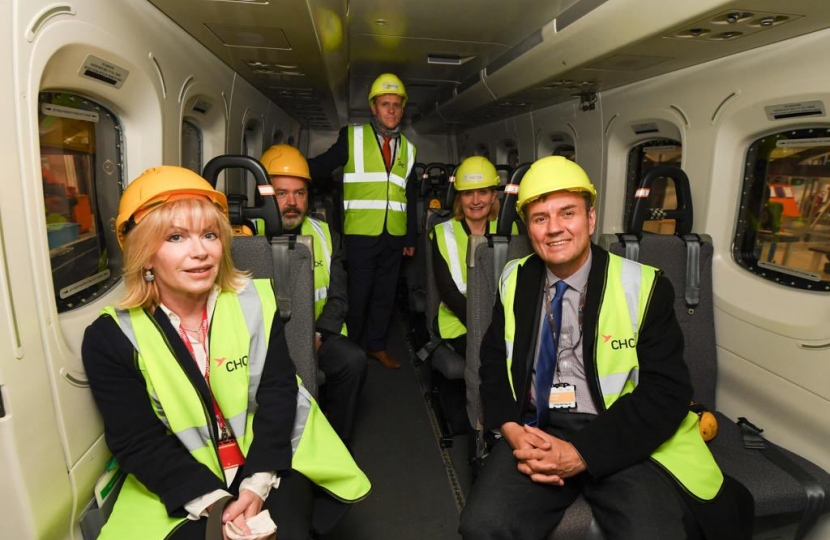 This week, the MP for Chelsea and Fulham and Minister of State for Energy and Climate Change, Greg Hands MP, visited Aberdeen for two days to work with the UK’s world-leading Oil and Gas sector and the UK move to Net Zero through the North Sea Transition Deal.

During the visit, Greg Hands MP visited the Robert Gordon University (RGU) Energy Transition Institute, where he tried their 3D drilling simulator and experienced what it’s like working on a rig floor in the North Sea. This technology will be essential in training the workforce of the future, including for new energy tech.

The MP for Chelsea and Fulham also popped to visit CHC Helicopters – one of the leading providers at Aberdeen airport – and toured the facility and spoke about the North Sea Transition Deal and the move to Net Zero, benefiting Aberdeen and all of the UK. Greg Hands MP also met with President and CEO, Phil Kirk, of Harbour Energy – one of the most successful companies in the North Sea and the current largest producer.

While in Aberdeen, the MP for Chelsea and Fulham also met some of the City’s Council leadership – Councillor Jenny Laing and Ryan Houghton – and heard of the city of Aberdeen’s strong and practical support for the whole energy sector and for the successful Aberdeen UK City Deal.

“It was great to visit Aberdeen, a city full of energy in every sense – oil and gas, renewables – and potential, like carbon capture and storage. These are vital sectors for Aberdeen, North East Scotland and the whole of the UK.”