Last week, the MP for Chelsea and Fulham joined residents in raising concerns about the proposed massive redevelopment of Marks and Spencer’s on the King’s Road, Chelsea.

The development based in the heart of Chelsea on the King’s Road has been at the centre of local controversy and concerns from local residents and Residents Associations in recent weeks, following proposals put forward to drastically redevelop the site.

Greg Hands, the MP for Chelsea and Fulham, joined residents in expressing concerns about the proposed development and wrote to the Director of Planning and Place at the Royal Borough of Kensington and Chelsea to outline his concerns with the application.

In his letter, the MP detailed a range of concerns, including: the loss of parking facilities, the bulky façade of the proposed five storey building, its proximity to the Chelsea Conservation Area and the Royal Hospital Conservation Area, the lack of clarity on the nature of future business occupants, the open courtyard and noise pollution, and the excavation of a second basement level.

The local MP is working with local Councillors in Chelsea to oppose the redevelopment of the site.

“I strongly support the residents campaign led by local activist, Rob McGibbon, in raising concerns about the proposed development. I am working with our local Councillors in Chelsea to oppose the redevelopment of M&S on the King’s Road.

Whilst the final decision will be made by the Planning Committee, residents and ward Councillors in Chelsea are clear that this isn’t the right scheme for our neighbourhood.”

A full copy of the MP’s letter to the Director of Planning and Place at the Royal Borough of Kensington and Chelsea can be read below. 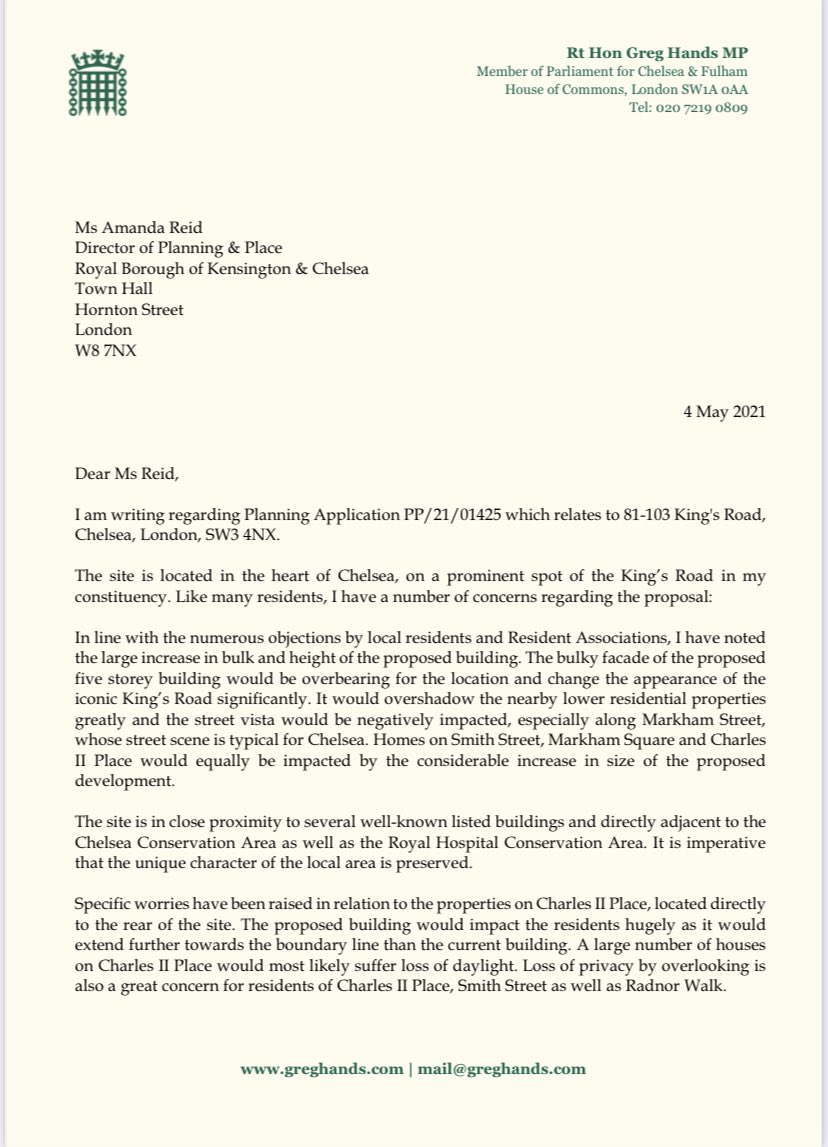 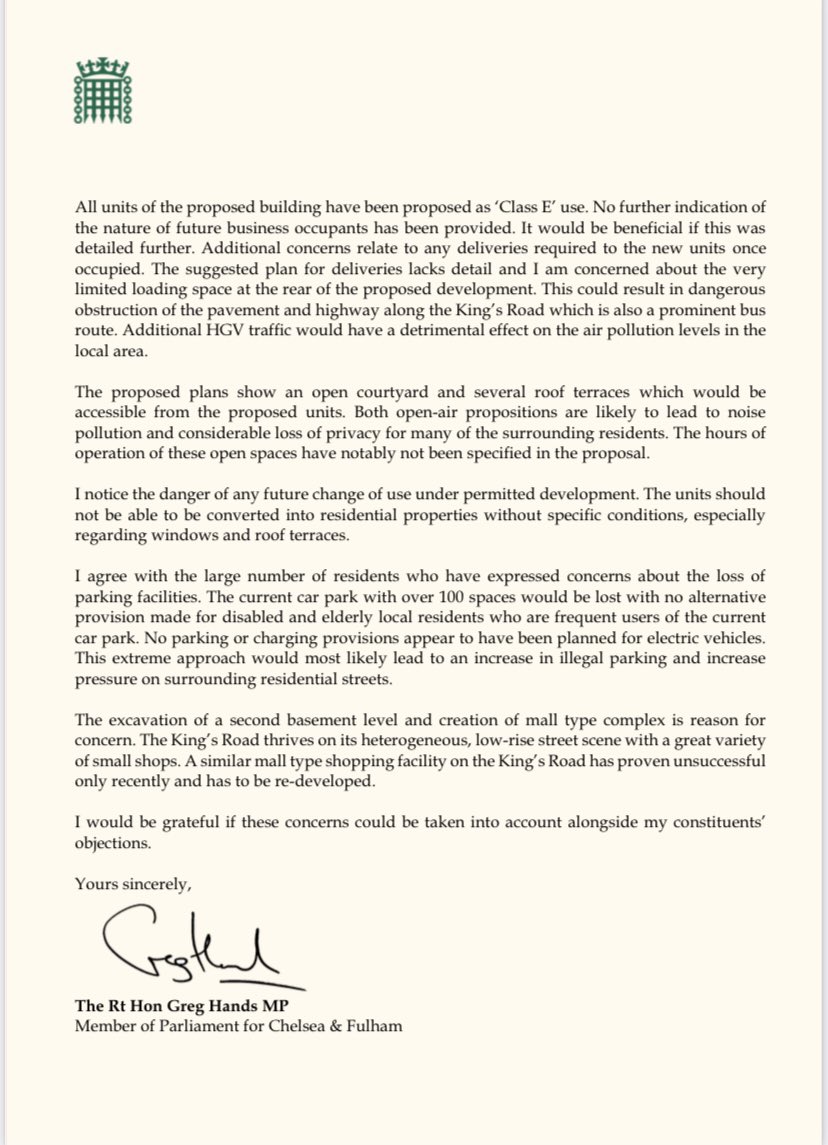