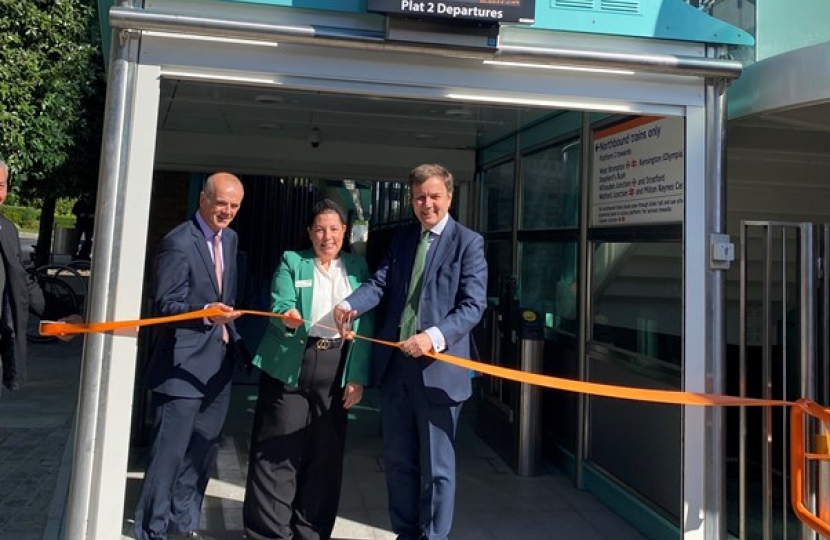 On Monday 27 June, Greg Hands, the MP for Chelsea and Fulham, opened the expanded Imperial Wharf station, including a new ramped entrance.

The London Overground and National Rail station was first opened in September 2009 by Greg and then Mayor Boris Johnson and is located in Sands End, Fulham, between West Brompton and Clapham Junction stations.

The £1.7 million upgrade was funded by the Department for Transport and unveiled on Monday by Greg alongside Network Rail, Transport for London (TfL) and Arriva Rail London.

Customer improvements include not only a second entrance but also a new ticket gateline, allowing quicker and easier access, especially during peak hours, to northbound services towards Shepherds Bush, Willesden Junction and Stratford, helping to reduce congestion and improve journey times.

“I was here with then London Mayor Boris Johnson at the original opening of Imperial Wharf station in 2009, and delighted to be here again today to celebrate its refurbishment.

The station has provided invaluable and well-used public transport to Sands End and Chelsea Harbour, which had long been rather isolated. I am delighted to see these improvement works today!”