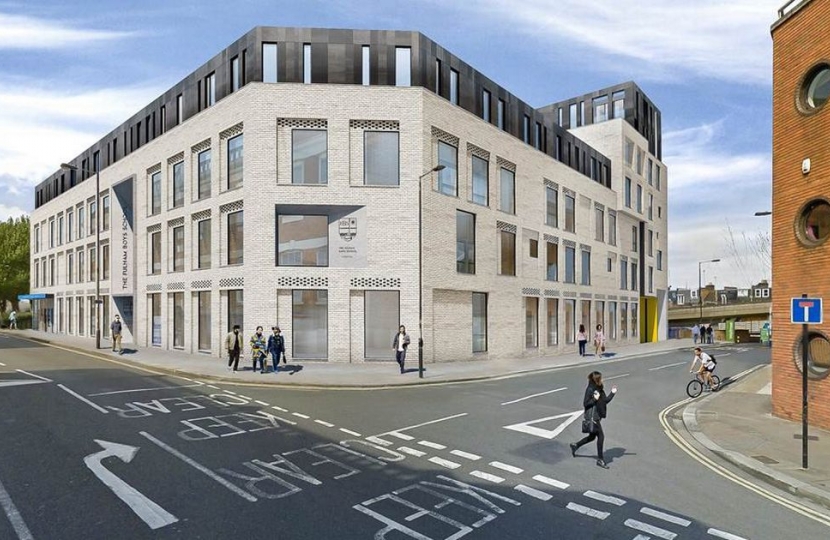 On Wednesday, 25 January, senior representatives of The Fulham Boys School attended a meeting with Lord Nash at the Department for Education. This followed personal representations from Greg Hands MP to the Education Secretary, Justine Greening.

Greg, who is also a patron of The Fulham Boys School, has received a substantial amount of correspondence from constituents – both parents and prospective parents of pupils at the School, as well as from representatives of the School – concerned about delays to the School’s move to its permanent site in Heckfield Place, Fulham.

In response to these concerns, the Headmaster, Mr Alun Ebenezer, and the Chairman of Governors, Mr Alexander Wade, attended a meeting with Lord Nash, the Parliamentary Under Secretary of State for the School System, at the Department for Education on Wednesday, 25 January. At this meeting, it was regretfully reiterated that the scheme of delivery for the School’s move to its permanent site is no longer possible for September 2018, and that the completion date has been moved to January 2019. It was, however, agreed that all parties would continue to work with the contractor to bring this date forward if feasible.

Nevertheless, to allow The Fulham Boys School to deliver its educational promise, Lord Nash agreed the principle of the School providing temporary accommodation. The School’s proposals for an additional temporary site will be subject to a review and formal approval, but this should come as welcome news for current and prospective parents and pupils.

Those concerned about the delays to the School’s move might also be interested to know that pre-demolition activities are well under way, with work completed so far including a geotechnical survey, an exploratory foundation survey, and a CAT scan, among other works and attempts to accelerate the scheme’s progress.

Commenting on the outcome of the meeting, Greg Hands, said: “I am pleased to hear that the meeting between The Fulham Boys School and Lord Nash at the Department for Education was productive, and I hope that parents’ concerns will be allayed. As a patron of the School, I am taking a keen interest in the School’s move to its permanent site, and I was represented at the meeting.

“It’s good news to hear that the School will be able to deliver its educational promise, and that the scheme will be continuously reviewed, with all viable options for bringing the opening date forward being explored.”