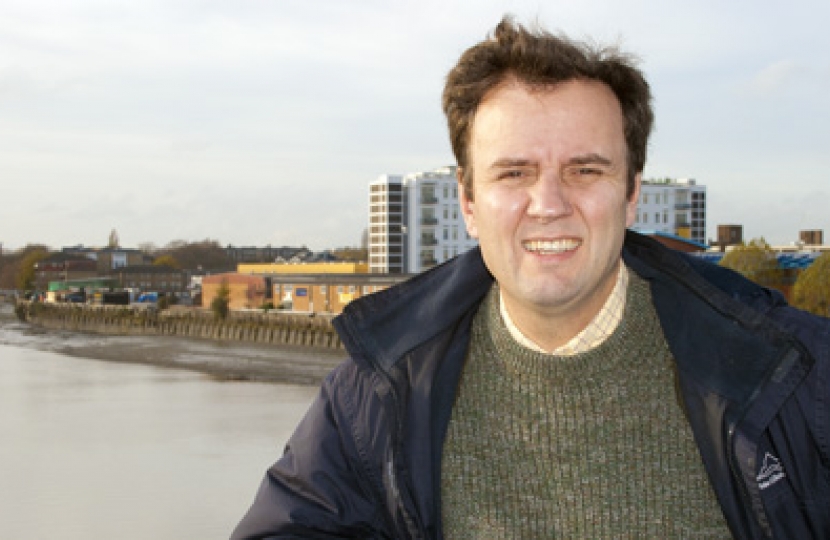 An urgent public meeting to challenge Thames Water’s ‘ludicrous’ decision to dump the giant super sewer drive shaft on a residential street in Fulham has been called by Hammersmith & Fulham Council and Greg Hands M.P.

The Super Sewer Summit, on 7th December, will allow locals to probe Thames Water’s decision to earmark south Fulham for the main sewer construction site for their £4.1billion Thames Tunnel.

Thames Water’s u-turn, in deviating from their original choice outside of the borough, has sparked a wave of protests from residents and businesses south of Lillie Road – especially in the tight knit residential community around Carnwath Road.

The impact of Thames Water's latest proposal will be felt far beyond Fulham, with 29,000 lorries travelling through Chelsea and Wandsworth to and from the Carnwath Road site.

Despite admitting at a meeting in October that using the Fulham riverside would be more costly and more disruptive to more people Thames Water named Carnwath Road as the ‘preferred site’ for the main west London tunnel drive shaft earlier this month.

The public meeting, organised by Hammersmith & Fulham (H&F) Council, will be the first chance that residents, councillors and Greg Hands M.P. have had to publicly question Thames Water about their change of heart.

Greg Hands M.P. said: "Thames Water's proposal to move the main tunnel entrance from an uninhabited site in Richmond to the middle of a densely-packed residential community in Fulham is obscene and wrong. Thames Water officials have admitted that it will affect more people and cost more money. We need to understand what is driving Thames Water’s bizarre u-turn and then persuade them that there are better alternatives.”

Work by Greg has shown that Thames Water's own figures show that 29,000 lorries will bring roads like King's Road, New King’s Road and Wandsworth Bridge Road to a standstill during the six years of construction work.

The Sewer's costs will be passed through to Thames Water bill payers from 2013 - despite the fact that the earliest the Government could give approval to the Tunnel is 2014!

Anti super sewer site campaigners, backed by H&F Council, have vowed to fight the proposal and launch a concerted effort to persuade Thames Water to reverse the decision in time for the final selection deadline - which is expected next spring.

If construction work goes ahead on the Fulham riverside there would be an average of 31 extra lorry trips every day on west London streets for two years during tunnelling and around 33 per day when the tunnel is being lined.

Earlier in the autumn the Selborne Commission - which was an independent study and report sponsored by five London councils – announced that a ‘shorter tunnel, combined with green infrastructure solutions that are built up incrementally in the medium to long term, would be both compliant with EU directives and less costly and disruptive to Londoners’.

Cllr Stephen Greenhalgh, H&F Council Leader, says: “Fulham is uniting to say no to these plans. The Super Sewer Summit is a call to arms and we will all need to man the barricades if we are to defend our close knit residential neighbourhood from Thames Water’s bulldozers.

“Any resident south of the Lillie Road who is unaware of Thames Water’s plans needs to understand that the super sewer is the biggest threat to our quality of life that we will face this decade.

“It is a real and present danger with the potential to blight the lives of thousands of west Londoners from the heart of Fulham and Parsons Green to Chelsea and all along the New Kings Road.

“By proposing to use the Fulham riverside as the main west London drive shaft Thames Water is threatening homes, jobs and local schools - not to mention the disruption on our roads for six years. We will continue to defend residents' and water bill payers' interests by highlighting the sensible alternatives that exist for cleaning up the Thames."

South Fulham resident, Alex Kennaugh, says: “We know that there are cheaper and greener ways to clean up the river but if Thames Water is determined to push ahead with its nineteenth century tunnel solution the main drive shaft needs to go in the least disruptive place possible. If there is a choice between uninhabited sites and a thriving residential community, then Thames Water must pick the area that harms the fewest people."

Campaigners have asked Thames Water to provide a document specifying how Fulham was chosen as the main drive shaft, including the pros and cons of using other sites, and to explain why their thinking has changed since the phase one consultation.

The Super Sewer Summit is open to all residents and takes place from 7pm on Wednesday December 7 at Hurlingham and Chelsea School, Peterborough Road, SW6 3ED.