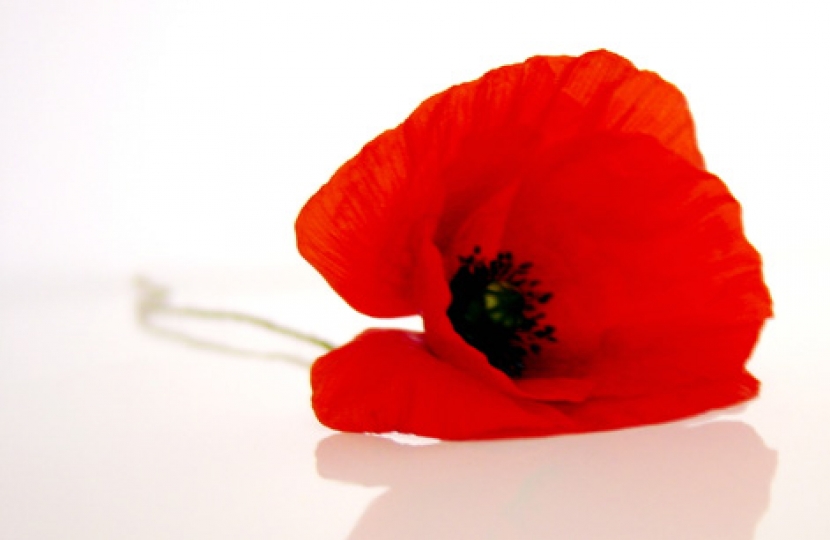 War veterans, ex-servicemen, residents and community groups will remember the sacrifices of those who gave their lives in two world wars and other conflicts around the world during the annual civic parades and services in Fulham, Chelsea, Kensington and Shepherds Bush this Sunday (13th November).

Greg Hands M.P. will be attending the Fulham service this year.  Commenting, Greg said, "The Remembrance Sunday service in Fulham is always a moving occasion and a fitting tribute to the Borough's war dead and veterans. The turnout from local people is always impressive."

The full details of the parades and services are as follows:

Fulham parade and service
The procession will gather in Parsons Green Lane at 10.20am and march via New Kings Road to the Fulham War Memorial, in Vicarage Garden, next to All Saints' Church. The open air Service at Fulham War Memorial will be the responsibility of the Reverend Joseph Hawes, Vicar of All Saints' Church, Fulham. At the end of the service, the parade will march back to the Royal British Legion at 247, New Kings Road, where the mayor will take the salute.

Chelsea Service
Outside Sloane Square, the service will begin at 10.50am with the act of remembrance at 11am.

The procession will gather in Sulgrave Road at 10.15am and march to Shepherds Bush Green War Memorial. The open air service at the  memorial will be conducted by the Reverend Canon David Tann and Rabbi Geoffrey Shisler.  At the end of the service, there will be a march past in Shepherds Bush Road at which the Deputy Mayor will take the salute and the parade will finish in Westwick Gardens.

The ceremony will start at 10.45am at the war memorial on Kensington High Street with a traditional act of remembrance, the laying wreaths and a minute's silence at 11am, followed by a procession to St Mary Abbots Church for the service of remembrance.