News Bulletin 648: We have a new Prime Minister! 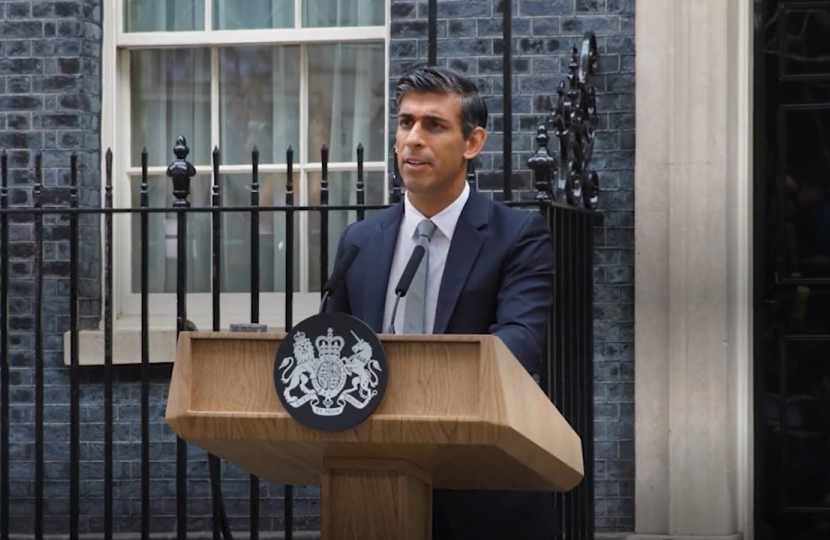 It has been another very active week in Westminster.

I have noted the criticisms levelled at the former Prime Minister, Liz Truss. She officially resigned as the leader of the Conservative Party and consequently, as Prime Minister, on 20 October.

This was a difficult day for the country, the Conservative Party and for Liz Truss personally. She did not serve long as Prime Minister, but had a seat at the Cabinet table longer than any of her three predecessors. She has long served the country and I wish her well.

The Rt Hon Rishi Sunak MP has now won the contest to be the Conservative Party leader and has been asked by King Charles III to form a Government, as Prime Minister of the United Kingdom. I have always been a close supporter of Rishi Sunak and have worked with him in Government in many roles. He has the right policies and is the right person to get the UK through the tough economic times we are facing.

That is, of course, why I supported his campaign in the summer.

I am also very honoured to have been re-appointed as Minister of State for Trade Policy at the Department for International Trade in His Majesty's Government.

You can read the full News Bulletin here.

Over 11 million pensioners across the country will receive an extra £300 as part of their annual Winter Fuel Payment this month as part of the Conservative Government’s £49 billion package of cost of living support.