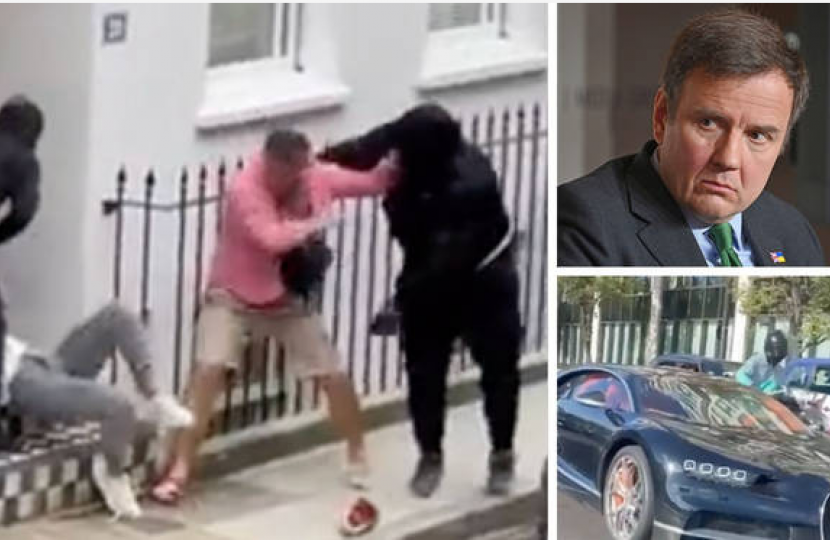 I have been completely shocked and appalled at the latest spike in violent crime that has taken hold across London.

In four days last week, the Metropolitan Police have opened six murder investigations. The victim’s ages ranged from 25 to 87. Given this, and this week's violent mugging in Chelsea on Pond Place, it’s no wonder that people of all ages across the capital are concerned about their safety.

As the former Deputy Mayor of London responsible for Policing, Rt Hon Kit Malthouse MP, suggested recently one of the possible approaches the Met should consider would be a new ‘Operation Blunt 2’ to tackle knife crime.

Operation Blunt 2, run by the Metropolitan Police from 2008 to 2010, involved prioritising police resources to areas under the greatest threat from knife crime, where increased stop and search campaigns were then conducted to seize weapons. The operation resulted in approximately 11,000 weapons being taken off the streets.

I agree with Kit. The Mayor of London, Sadiq Khan, should consider running a similar operation today. The operation contributed to a significant fall in the number of teenage killings when it was run. In 2008, 29 teenagers lost their lives by 2012 this fell to 8. A similar drastic fall today is what we need to get to grip with violent crime.

Why not at the very least consider an approach that was successful before?

The rise in knife crime is very concerning. Earlier this year, I raised the need to ban the sale of machetes with Kit in his role as Policing Minister. These have often been the weapon of choice in recent moped-enabled knife crimes, including in the appalling attack on Old Church Street, Chelsea, in April.