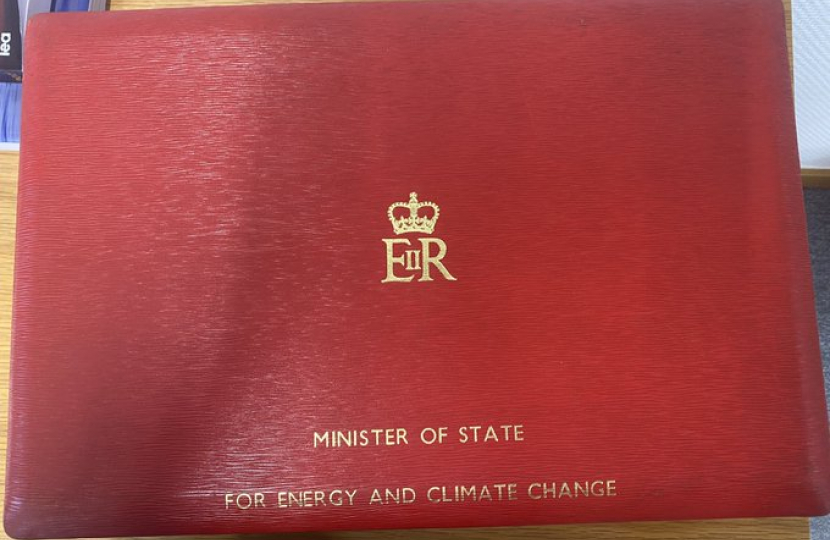 It has been a dramatic week in Westminster.

Following some problematic weeks, the Prime Minister has eventually resigned. We now move on to a Conservative Party leadership contest, the rules for which will be laid out next week.

I have not resigned from the Government. As the UK’s Energy & Climate Minister, I felt it to be my duty to continue to serve at this time of a Global Energy Crisis, whilst long-term climate challenges have not gone away. Energy prices remain very high and we need to make sure that the country has a resilient energy system going into next winter.

My loyalty throughout my 17 years representing you has been to the country and to my constituents.

59 Government Ministers and office holders resigned between Tuesday and Thursday to force a change in Prime Minister. That pressure succeeded. It would not have served a useful purpose in that number being increased to 60. I know that the Foreign, Defence and Business Secretaries felt the same way.

I went to see the Prime Minister alone and in person late on Wednesday evening to give him my view that, as he could not form a well-functioning government, it was time for him to resign. I therefore welcomed his resignation the following morning.

As residents know when I resigned myself from the Government in 2018, over the proposed Heathrow Airport expansion, decisions like this are never easy choices. It has been a challenging week, on a personal level as much as nationally.

Nonetheless, it has also been a vital week for the UK Government energy & climate policy.

Fortunately, unlike most other European countries, we have good security of gas supply from the North Sea and from Norway. We are filling 15% of European gas storage this summer, to help our European friends and allies reduce radically their dependence on Russia. On climate, the UK continues to be COP President, and we edge ever nearer to COP27 in November. I was delighted to publish our UK Net Zero Strategy last October, and there is so much to do to get the country to a carbon neutral state in 2050.

In my Ministerial portfolio there were four major announcements made in the last three days:

Our country will have a new Prime Minister soon and I will continue to serve as Energy & Climate Minister, and to represent my Chelsea & Fulham constituents to the best of my ability.

I hope this clarifies my position – there is a lot of work to get done!

Subscribe to my regular news bulletin for Chelsea & Fulham residents