Help Greg Hands to stop Chelsea being cut in two

I am writing to seek your assistance.

The Boundary Commission for England has recently published its proposals for new parliamentary constituencies in London, and across England.

The proposals will have a significant impact on our local area, specifically: 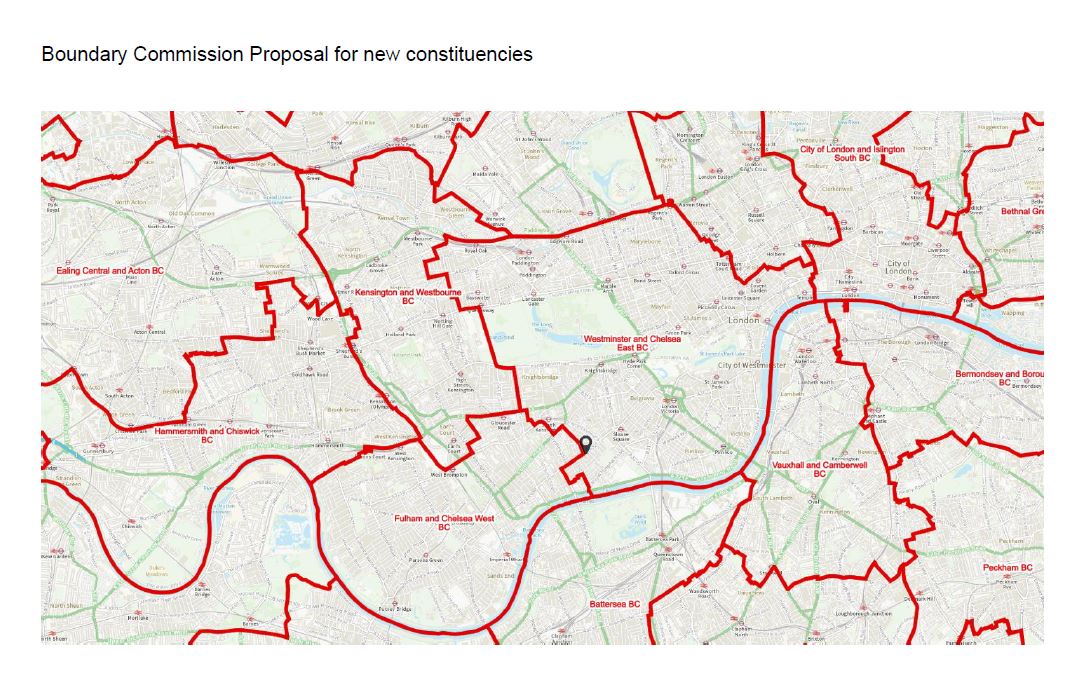 Residents and stakeholders have only until 2 August 2021 to make representations to the Boundary Commission.

I am opposed to these proposals, because although they keep Fulham as one, they unreasonably divide Chelsea into two. Chelsea has never been divided before for parliamentary representation. Indeed, until 1997, it was a standalone constituency. Since then, it’s declining number of electors has meant it needs to be paired with neighbouring parts of London, first with Kensington (1997-2010), and since with Fulham (2010 - to date), but never itself divided.

It would split the key features of Chelsea into two. For example, Sloane Square, Duke of York Square and the Royal Hospital would be in ‘Westminster and Chelsea East’, whereas the World’s End, the three NHS hospitals and St Luke’s Church would be in ‘Fulham and Chelsea West’. I believe that this would divide our well-knit Chelsea community in a wholly arbitrary and unreasonable manner.

Due to its small size (roughly 23,000 electors), Chelsea cannot form a parliamentary constituency on its own (those need to be between 69,724 and 77,062 electors). It does need to be paired with a neighbouring area. I believe that the current pairing, with Fulham since 2010, has worked well. It unites both the Fulham Road and the (New) King’s Road into one parliamentary constituency, and there is a natural commonality of interest between the two.

However, splitting Chelsea in the way proposed by the Boundary Commission would damage our local area and be wholly unnatural.

Firstly, the extension of the constituency into north Fulham which includes the wards Fulham Reach and North End (soon to be known as ‘West Kensington’), as proposed by the Boundary Commission, would remain unchanged. The current parliamentary boundaries, which have prevailed since 2010, include all of Fulham in the SW6 postcode. The Boundary Commission proposal extends that northwards to roughly the A4, to take in sections of the W6 and W14 postcodes.

I propose to remove Courtfield ward and replace it with Royal Hospital ward. This way, the vast majority of the Chelsea community would remain united and combined into one parliamentary constituency with the entirety of Fulham. The current constituency name ‘Chelsea & Fulham’ could continue to be used. The constituency would cover the full length of both the (New) King’s Road and Fulham Road (bar about 30 yards), which are natural linkages between Chelsea & Fulham. 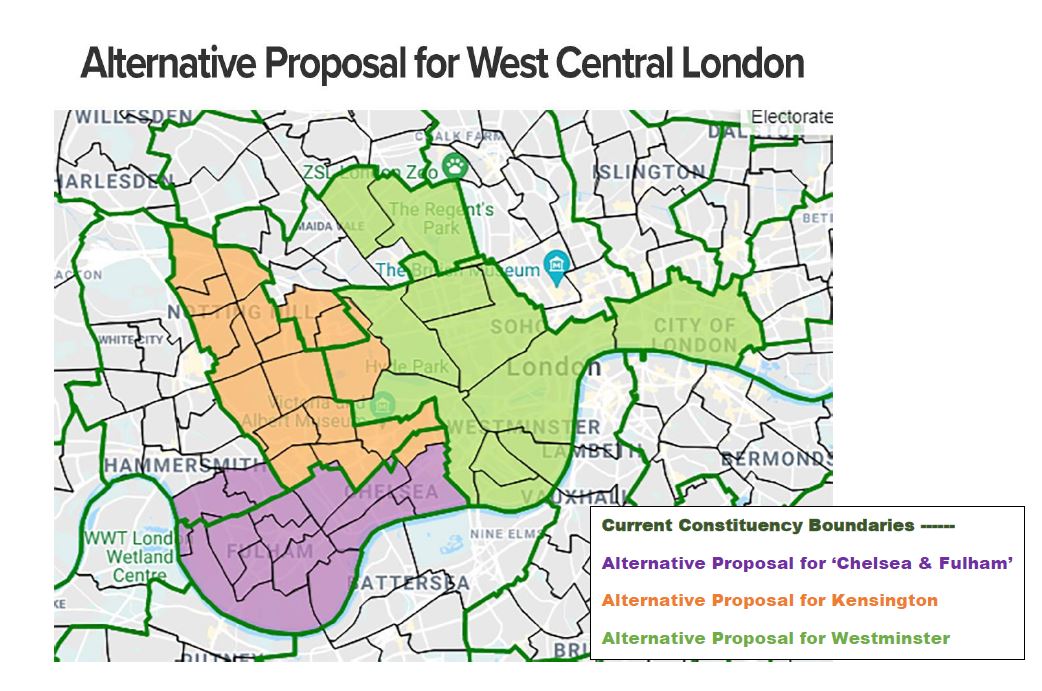 Furthermore, my alternative proposal leaves the Royal Borough of Kensington & Chelsea with only two MPs, which is the minimum number necessary to fit the quota, and is therefore a better solution than the Boundary Commission's proposal which would divide the borough between three MPs. The same would apply for the London Borough of Hammersmith & Fulham which would also be represented by two MPs, like now.

I firmly believe that my proposed alternative solution would be far better for the local area and its residents. Fulham should remain linked with Chelsea for parliamentary representation, as it has been since 2010, but this must be with the whole of Chelsea, not just ‘Chelsea West’. I have enclosed maps, showing the proposed new boundaries and my counter-proposal.

Submissions to the Boundary Commission for England have to be made by Monday, 2 August 2021. Submissions should be made online: https://www.bcereviews.org.uk/node/add/informed-representation/6485. Please feel free to share a copy of your submission with me. If you have any difficulty submitting your views through the website, you can alternatively do so by email (information@boundarycommissionengland.gov.uk) or send a hard copy to Boundary Commission for England, 35 Great Smith Street, London, SW1P 3BQ.

Thank you for taking part in this vital process and please do not hesitate to contact me if you have any questions by emailing mail@greghands.com.