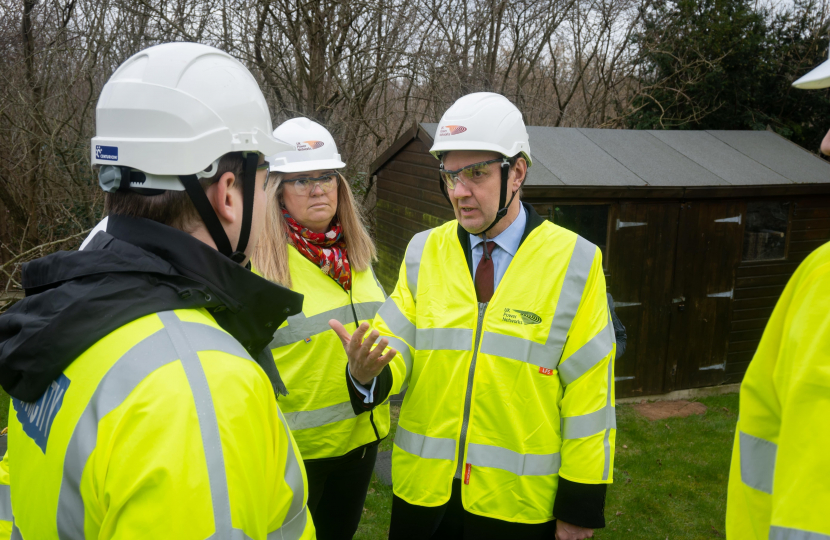 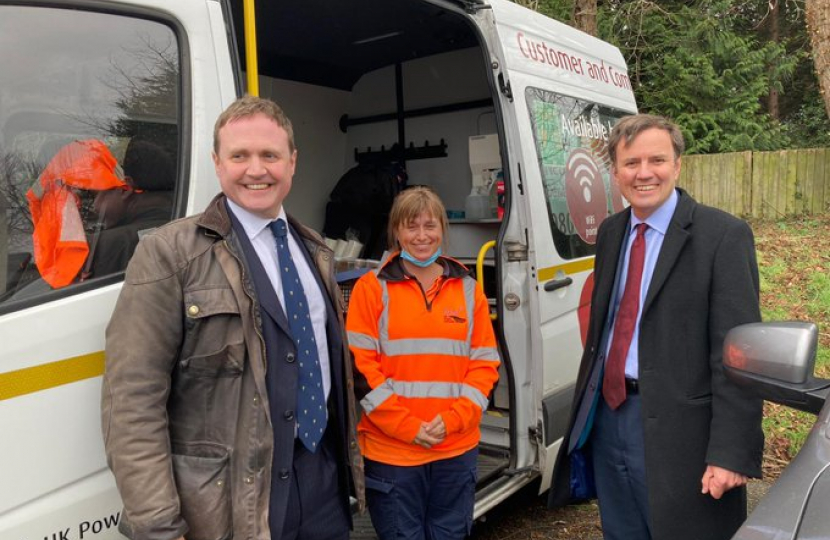 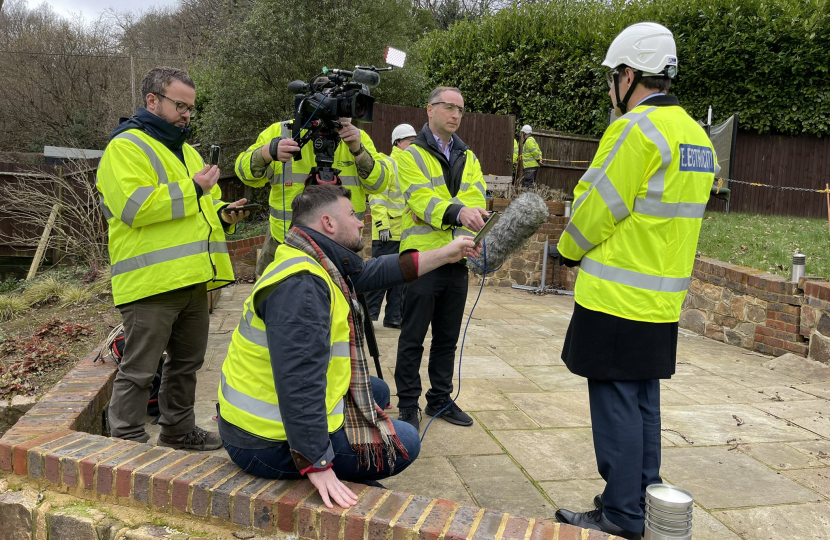 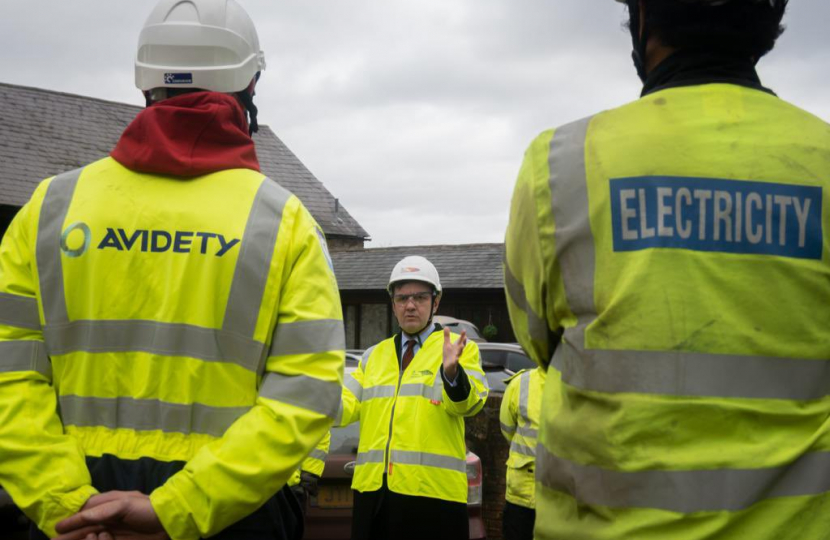 On Monday 21st February, the Minister for Energy, Clean Growth and Climate Change, Greg Hands MP, visited Ightham in Kent to get an update from UK Power Networks on the situation following Storm Eunice.

As of Monday morning, 97% of homes have had power restored. Engineers across the country have been working round the clock to get power back up and running for 1.35 million people.

Greg met with the UK Power Network teams in Ightham and thanked them all for their hard work over the past few days whilst also receiving an update on the progress being made in South East and East Anglia.

The MP for Chelsea and Fulham also visited a home in the village of Oldbury, where engineers were working hard amid toppled trees. The householder David Thomas, had been without power since Friday morning when trees blew over and pulled down a power line, causing an electrical fire which fire crews spent 11 hours putting out.

Greg spoke to Mr Thomas and expressed his admiration for his resilience and paid tribute to all those who have lost power throughout the UK.

“I would like to thank the hundreds of power engineers and all other staff in Kent and across the UK who have been working around the clock to return power to all households affected by the storm.

It’s been a huge effort and it has been great to see so many people have their power restored in a short period of time. ”