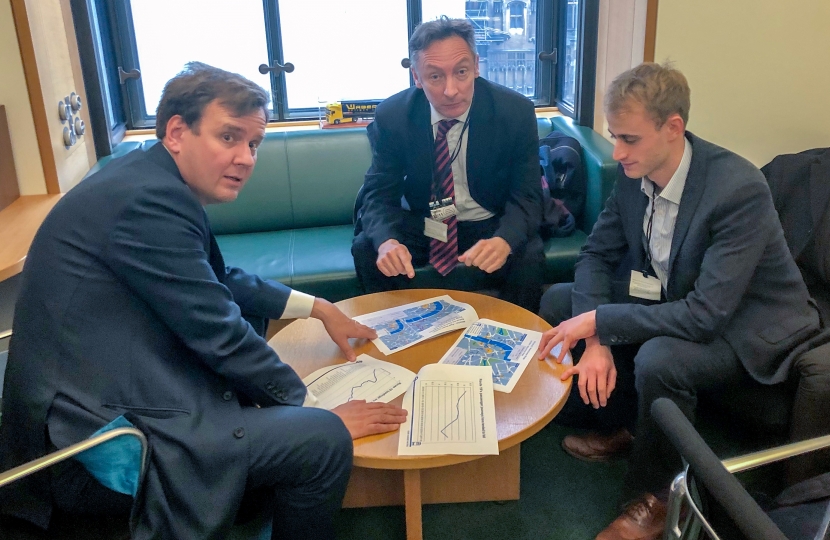 Earlier this year, Transport for London (TfL) announced their proposed changes to 33 bus routes across inner and central London. As a result, the 11, 19, 14 and 22 buses – all of which operate across the constituency – face cuts and changes in their routes.

Greg shares constituents’ concerns about these proposed changes, and the potential impact they would have on local residents, especially on the Kings Road, which would see up to a 50% reduction in frequency. Of particular concern are the proposed changes to the 19 and 11 buses, as under these proposals, neither of these buses would run through the constituency. Instead, the 11 bus would start from Victoria, and the 19 would start at Holborn.

On Thursday 22nd November, Greg had a useful meeting with senior officials at Transport for London, including the Director of Public Transport Service Planning.

This was a valuable opportunity to hear about the proposed changes in more detail, and discuss constituents’ concerns about the bus proposals, and the impact this will on residents – especially those with limited mobility.

As such, it has now been confirmed that the new ‘311’ will also be a double-decker – as the no. 11 bus is currently – and will operate at the same frequency. In addition, under these proposals, there will be a bus every three minutes, as opposed to every two minutes, along the King’s Road.

At this meeting, Greg was advised that TfL will not have finished reviewing the 7,500 responses they received to their public consultation until the middle of December. As such, a final decision on the fate of the buses affected will not be reached until the end of January, when the proposal would be placed before the TfL Board. The approved bus changes would then take effect in the spring, between March and April.

Residents should be assured that Greg will be keeping a close eye on the outcome of this public proposal, and will take steps to inform constituents when a final decision is reached.

In the meantime, if you do share Greg’s concerns about these proposed bus changes, please take the time to sign his petition to ‘Save Our Buses’: https://www.greghands.com/buses.