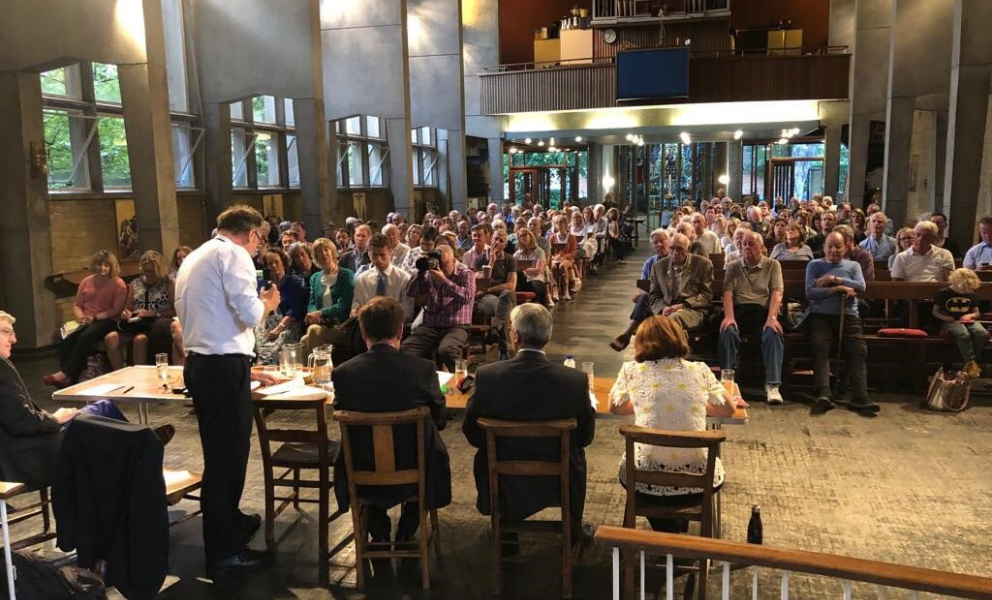 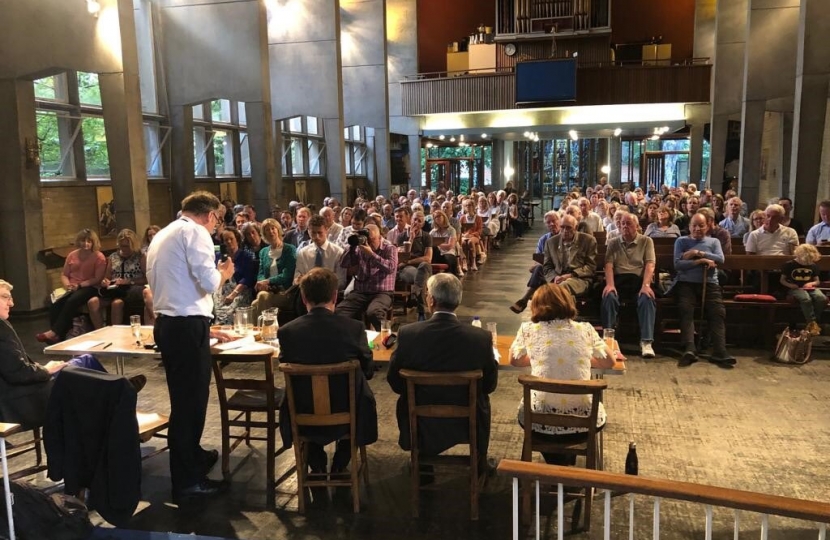 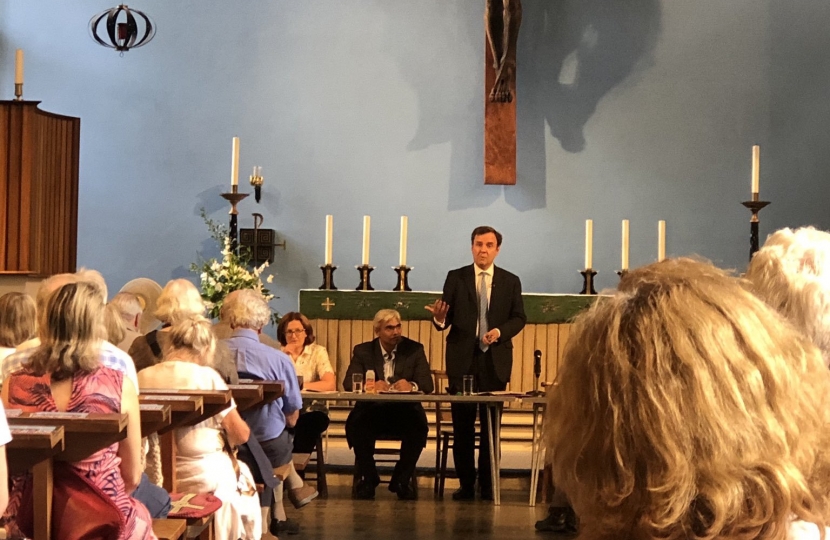 On 1 August, Chelsea and Fulham MP Greg Hands hosted a public meeting on Hammersmith Bridge, which was held at St Etheldreda’s Church, Fulham. This was also attended by officials from Transport for London (TfL), Tony Devenish AM, and over 300 local residents.  Hammersmith and Fulham Council were invited in good time to attend the meeting, but refused to do so.

At the meeting, TfL said that they are attempting to ameliorate the effect of the Bridge’s closure through changing the phasing of traffic lights in south-west London, including 50 junctions in Fulham. Nonetheless, the performance of the local road network has deteriorated significantly. The Hogarth Roundabout has been rephased, which TfL claim has improved the traffic flow in Chiswick and Hammersmith, but has had an adverse effect on the A4. In December 2018, a new air quality strategy was implemented in Putney that holds traffic away from Putney High Street, which is known to have some of the poorest air quality in London.  This is invoked automatically by sensors, and has come into force on average 20 times a day since the closure of the Bridge. The issue of the sheer number of traffic lights on Putney Bridge and Putney High Street was also raised. TfL appeared reluctant to address this issue, arguing that the lights were all required for pedestrians to cross the High Street safely.

The issue of rat-running featured prominently at the meeting. Live satellite navigation systems direct vehicles by the quickest possible routes. Unless a legal restriction is in place, Sat Navs will route vehicles down any road, including narrow residential ones. Given the bottlenecks on main roads, journeys are now more commonly being fanned out into residential roads, which TfL cannot control. Greg is aware that numerous residential roads are now being used as rat-runs. It is up to the Council to put restrictions in place on these roads, and to issue local traffic orders. Over a month ago, Greg wrote to the Council regarding the issue and highlighting Oxberry Avenue in particular, which Greg is aware is badly affected given it runs parallel to Fulham Palace Road. Unfortunately, Greg still not received a reply from the Council on this, nor on a number of other issues that he has raised with them.

Some of the attendees at the meeting asked whether a new Bridge might be appropriate to replace or run parallel to the existing structure. TfL have effectively ruled this out, arguing that a new Bridge may not be cheaper than repairing the existing one, as is currently their plan. Moreover, the current Bridge is Grade II* listed meaning that English Heritage will need to be involved, and consent to the decision-making. English Heritage will require the aesthetic of the Bridge to remain the same as it currently is.

The issue of public transport was also raised. Greg has a long-standing campaign to improve the service on the Wimbledon-branch of the District Line. This has had some success, including the new S-Class walkthrough trains that are providing additional capacity. When Greg was at David Cameron’s Cabinet table in 2015/16, Greg helped to secure funding for the 4 Lines Modernisation (4LM) programme. As part of this, new signalling is being installed at Earls Court. TfL have said the full Wimbledon-branch upgrade will be completed by the end of 2021. This will allow trains to run more frequently than is currently the case, and should mean the much-awaited end to frequent signal failures. Unfortunately, as residents are aware, testing of the new equipment has resulted in weekend closures of the line. In terms of bus connectivity, TfL are looking into the 220 route, given the complaints of some residents at the meeting.

Greg is writing to Ch Supt Rob Jones and Imperial College Healthcare Trust regarding the impact of the Bridge’s closure on our emergency services, as he pledged to do at the meeting. This has become all the more pertinent given the reported claim of an on-call NHS heart surgeon that one of his patients died before he could reach him due to the closure of the Bridge: https://www.mylondon.news/news/west-london-news/hammersmith-bridge-closure-health-nhs-16680612

TfL say they need to conclude the assessment works they are currently undertaking on the Bridge, in conjunction with the Council, before an estimate on cost and the length of the closure can be made. From the discussions that he has had, Greg believes the Bridge will be closed for approximately 3 years, and the cost will be in the tens of millions of pounds. Greg has suggested that the Council could make better use of the £13 million it makes in parking and traffic fines every year (the second highest of any local authority in the country) to help fund the Bridge’s repair.

Greg has been informed by TfL that residents with suggestions or concerns in relation to the road or public transport networks can contact the TfL customer services team using this online form - https://tfl.gov.uk/help-and-contact/contact-us-about-streets-and-other-road-issues. TfL say that by contacting their customer services team through this form, queries can be logged and tracked properly. They can also be contacted by post at: TfL Customer Service, 4th Floor, 14 Pier Walk, London, SE10 0ES.

If you have not done so already, Greg would be grateful if you would sign my petition to urge the Council and TfL to promptly repair and re-open the Bridge.There is inertia from the Council in particular, and the closure is not being treated as a high priority. Greg's petition can be found here: https://www.greghands.com/campaigns/petition-re-open-hammersmith-bridge.