The historic trade deal with Australia is the first key trade deal negotiated from scratch by the Government since the UK left the EU.

The agreement eliminates tariffs on all UK goods and boosting jobs and businesses across the country, some of the ten key benefits of the UK-Australian Free Trade Agreement (image below) include a boost for UK services industries, enhanced access for British tech companies, and makes it easier for Brits under the age of 35 to travel and work in Australia. 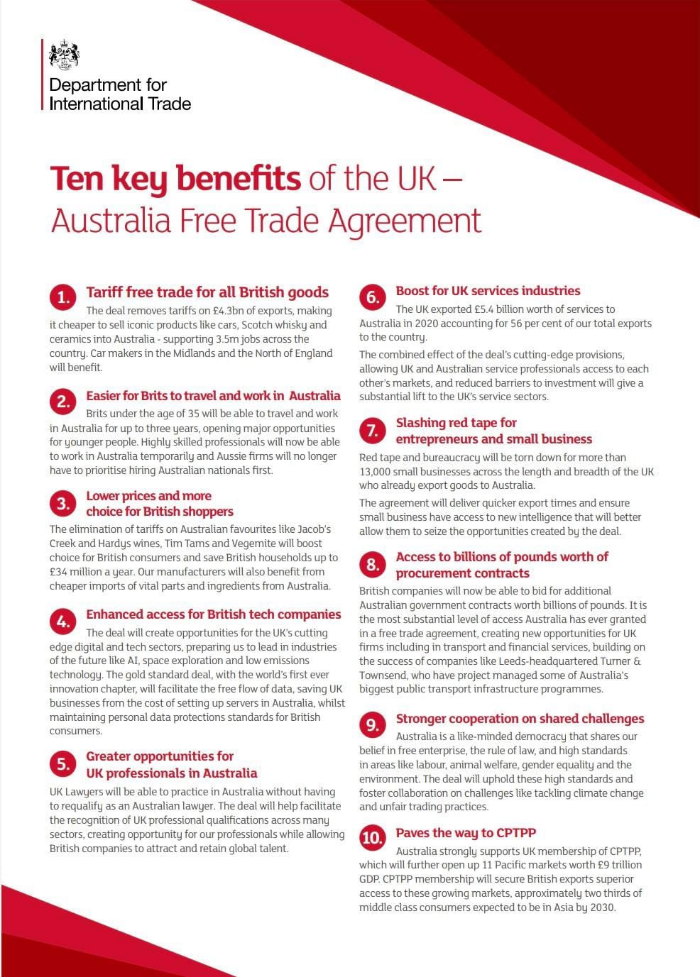 Commenting on the news of the agreement, Greg Hands MP said:

“The new free trade agreement in principle with Australia is great news as Minister of State at the Department for International Trade, but also as the Member of Parliament for Chelsea and Fulham – one of the UK’s largest Australian communities – and Parliamentary President of Conservative Friends of Australia.

The UK and Australia are two like-minded, free trading democracies coming together to benefit exports and consumers in both countries.”

This week, the MP for Chelsea and Fulham and Minister of State for Energy and Climate Change, Greg Hands MP, visited Aberdeen for two days to work with the UK’s world-leading Oil and Gas sector and the UK move to Net Zero through the North Sea Transition Deal.