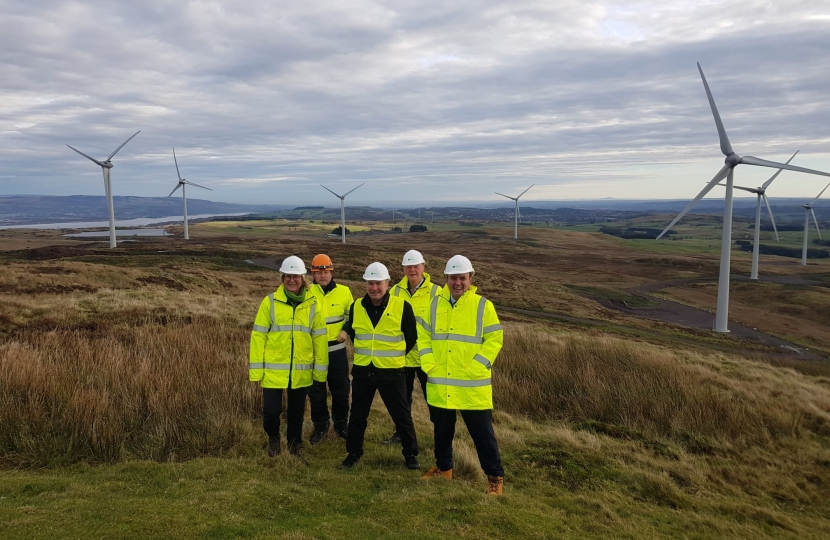 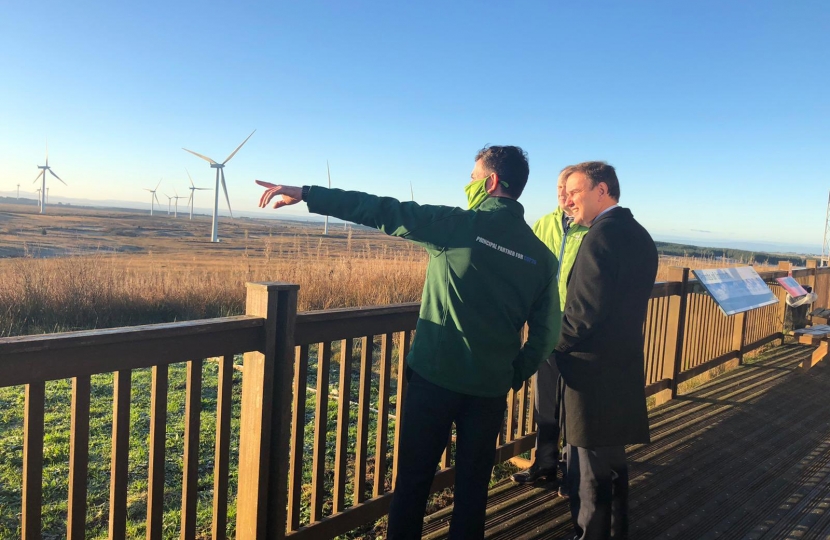 On his visit, Greg travelled to Scottish Power’s Whitelee Wind Farm, near Glasgow, to announce the UK Government’s investment of £9.4 million into a new hydrogen electrolysis facility, which will power low carbon vehicle fleets like Glasgow city buses and dustcarts.

Greg was also able to catch up with the MSP for East Renfrewshire, Jackson Carlow,  to discuss the positive impact this further funding will have on driving clean energy in local communities in the area.

Having met the BayWa r.e. Global team via video link from their HQ in Munich two weeks ago, the Minister visited their Inverclyde windfarm, the UK’s first entirely subsidy-free onshore wind development, to see it first-hand. Each of their 8 wind turbines are 110 metres tall and 24MW of clean energy is produced at this wind farm.

“This new hydrogen project, powered by Whitelee Windfarm is the first of its kind, and will produce and store hydrogen for carbon-free transport.

Not only will this support skilled green jobs and decarbonise the UK transport sector, but will help us in reaching our net zero target by 2050.”

Hands in the House: Greg Hands MP slams the Labour Party for its motion on household energy bills

On 11 January 2022, the MP for Chelsea and Fulham and Minister of State at the Department for Business, Energy and Industrial Strategy (BEIS), Greg Hands MP, delivered the winding-up speech to Labour’s opposition motion on household energy bills.