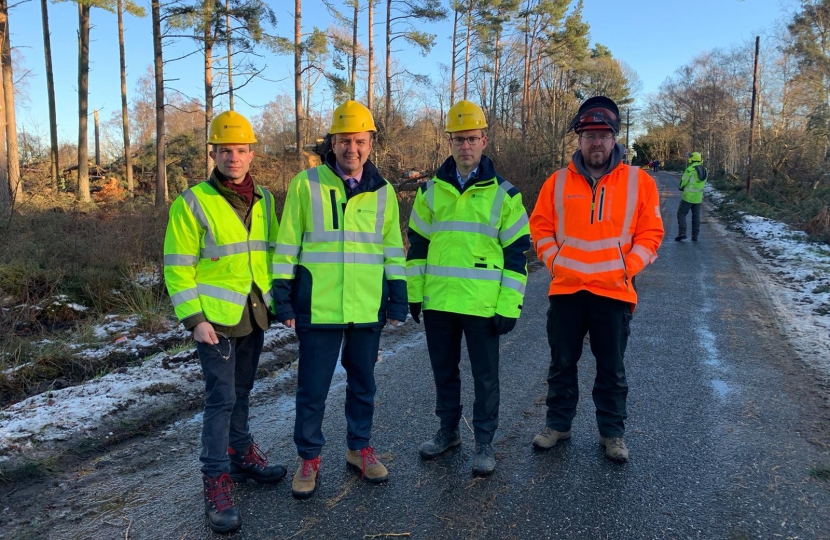 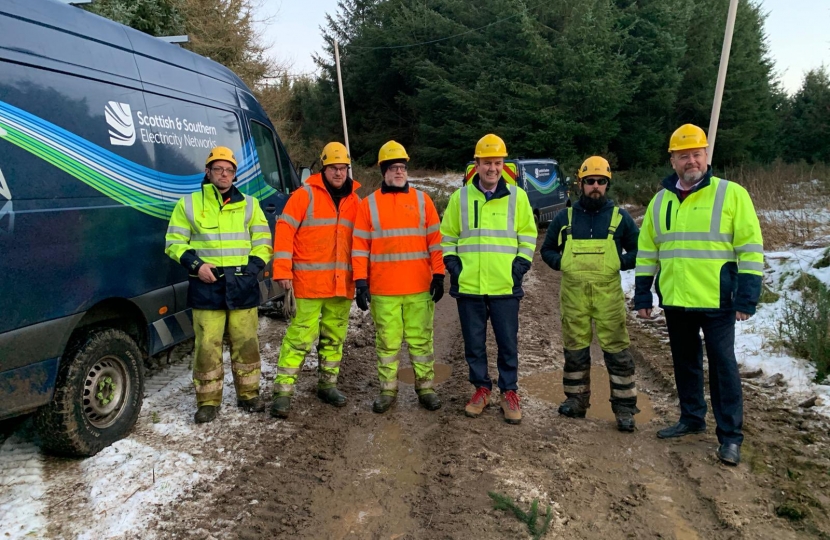 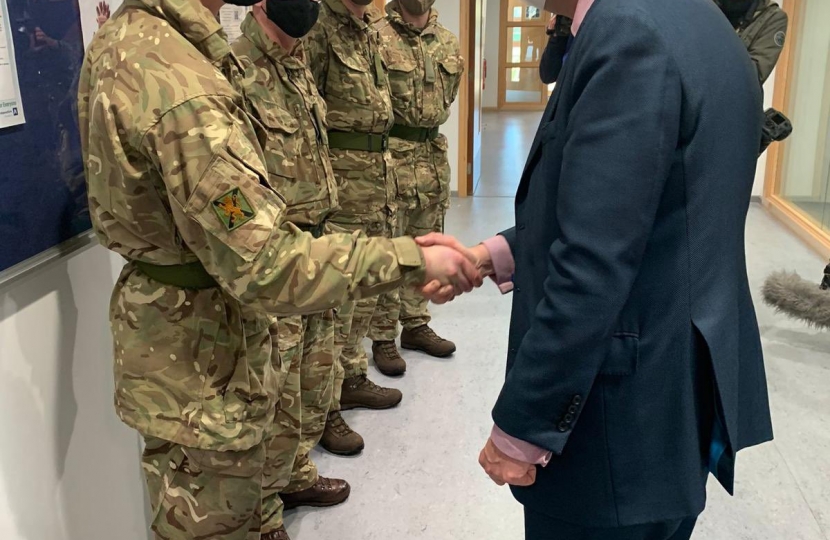 Last week, the Minister for Energy, Clean Growth and Climate Change, Greg Hands MP, visited the communities in the North East of England and Scotland impacted by Storm Arwen.

Last Wednesday, Greg was in County Durham to thank engineers for their round the clock work to restore power to homes there.

The MP also visited the Northern Powergrid call centre just outside Sunderland to thank hundreds of staff for dedicating time and effort to help customers with power outages by the storm.

On Friday, Greg was back in the North East of Scotland to meet the teams from the Scottish and Southern Electricity Networks who have put a huge amount of effort into repairing and rebuilding power lines in Kemnay, Aberdeenshire, with some working 16 hour shifts to get the last few hundred households reconnected.

Greg also had the honour of meeting UK armed forces and the Local Resilience Partnership at a relief centre for residents and communities coping with the aftermath of Storm Arwen in Ellon, Aberdeenshire.

“Last night, Northern Powergrid restored power to its remaining customers affected by Storm Arwen. I would like to thank the hundreds of power engineers and all other staff from across the UK who have been working around the clock to return power to all households affected by the storm.

This has been a huge effort and we are all extremely grateful for the hard work and dedication of all the workers involved.”

Hands in the House: Greg Hands MP slams the Labour Party for its motion on household energy bills

On 11 January 2022, the MP for Chelsea and Fulham and Minister of State at the Department for Business, Energy and Industrial Strategy (BEIS), Greg Hands MP, delivered the winding-up speech to Labour’s opposition motion on household energy bills.