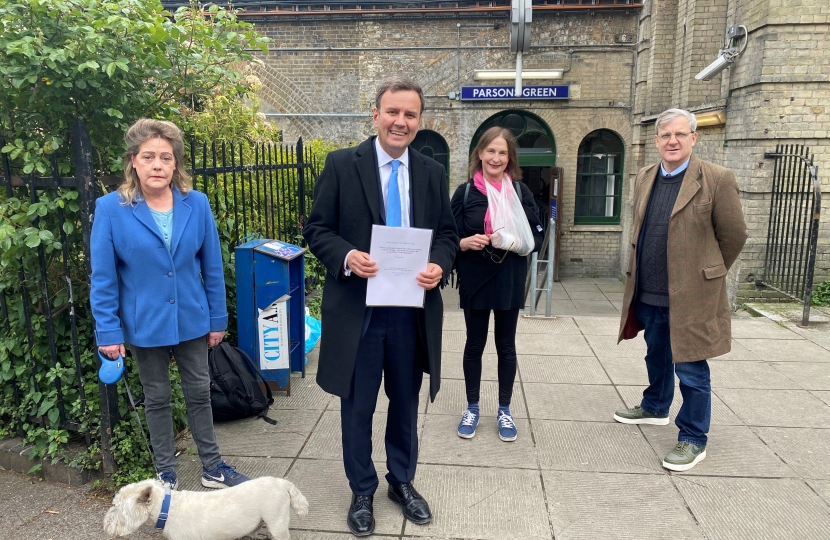 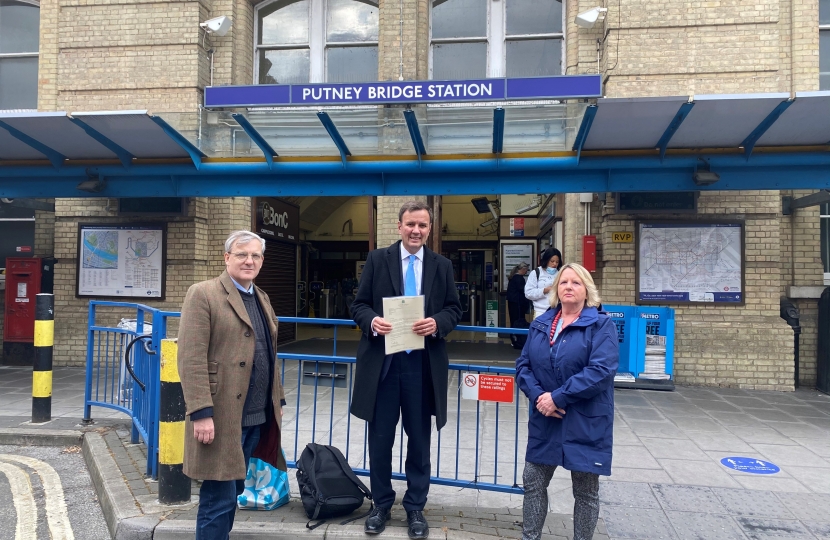 This week, the MP for Chelsea and Fulham submitted two petitions to Transport for London (TfL) calling for improvements to passenger accessibility at Putney Bridge Tube Station and Parsons Green Tube Station.

Putney Bridge Tube Station and Parsons Green Tube Station are the least accessible stations in the constituency, with no lift. The nearest step-free access is Fulham Broadway, however for some constituents and local commuters this is not an easy transfer and can add significant journey time.

Greg Hands MP has previously written to TfL on several occasions to urge for greater accessibility. To continue his campaign, the MP launched two petitions last year calling on local residents and commuters to support the petition urging the Mayor of London and TfL to improve access to the underground network for those with limited mobility, and young families.

On Friday 14 May, the MP for Chelsea and Fulham, joined by local Councillors, Cllr Victoria Brocklebank-Fowler, Cllr Belinda Donovan and Cllr Amanda Lloyd-Harris, and newly re-elected London Assembly Member for West Central, Tony Devenish AM, visited the stations to raise awareness of the campaign and present the petition to TfL representatives.

“For too long, local residents and commuters have faced the huge stairs at both these busy stations, and I have been contacted my many residents over the years with concerns about accessibility.