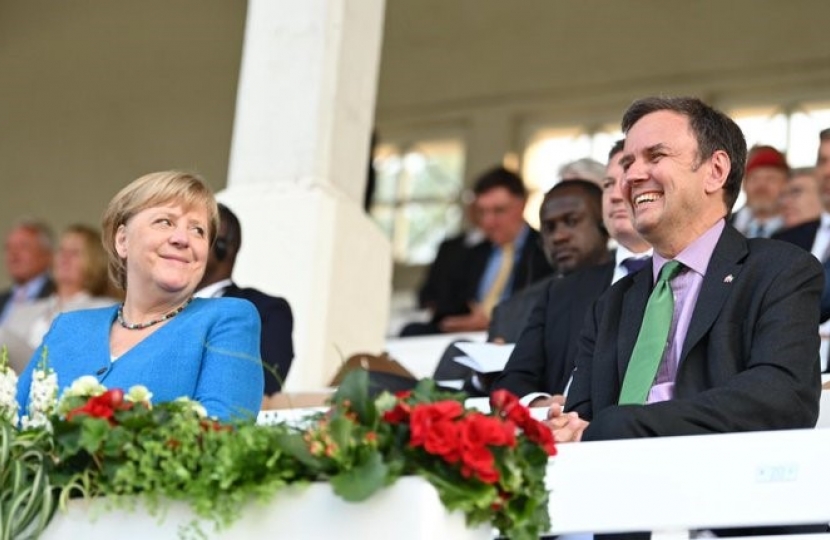 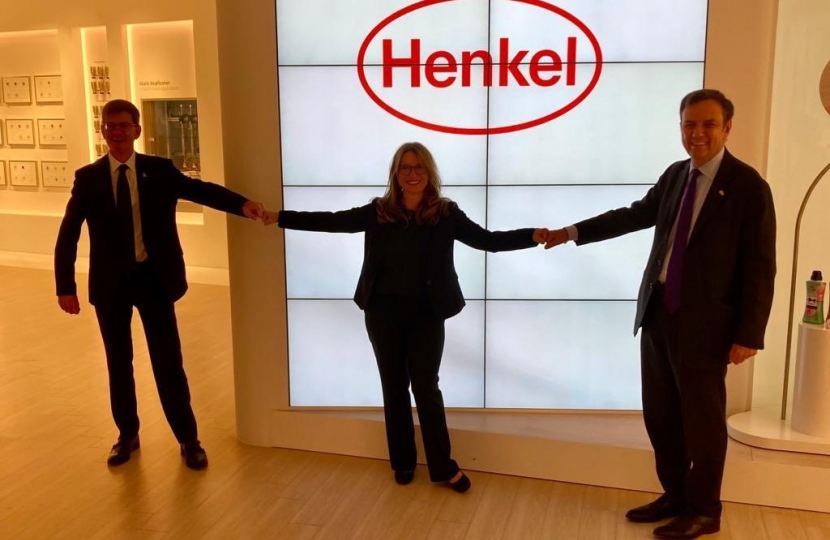 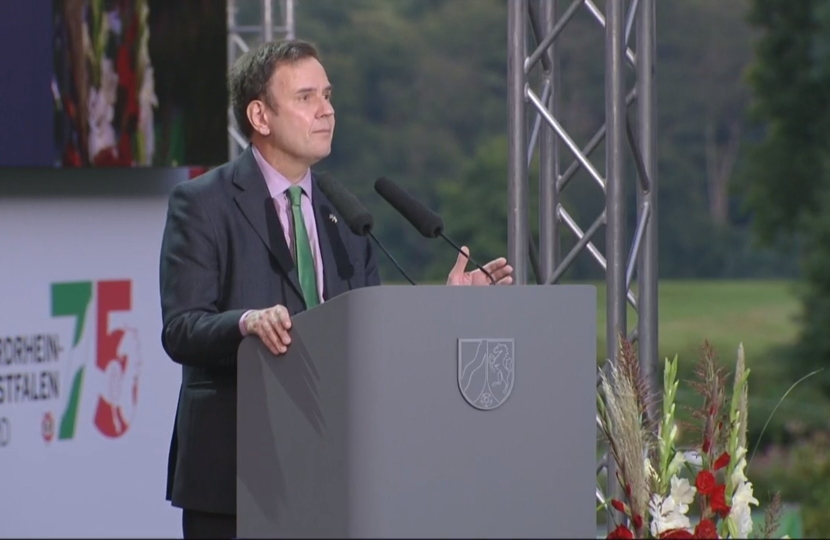 Last week, the MP for Chelsea and Fulham and Minister of State at the Department for International Trade, Greg Hands MP, visited Germany to attend the 75th anniversary of the foundation of the German state of North Rhine Westphalia.

In Düsseldorf, the MP for Chelsea and Fulham had the rare honour to spend two hours sat next to Chancellor Merkel at the celebration of the anniversary of the foundation of Germany’s largest state. The UK played an essential role in the foundation of North Rhine Westphalia in 1946 and Greg Hands MP gave a speech in German to the hundreds of people at this celebration, which included not only Chancellor Merkel but the Prime Minister of North Rhine-Westphalia, Armin Laschet. In his speech, the MP highlighted the UK and Germany’s special and enduring relationship and the importance of enhancing this bilateral economic partnership through trade, investment and collaboration on key issues.

During this visit to Germany, Greg Hands MP also met with the North Rhine Westphalia Economy Minister, Andreas Pinkwart, to discuss the importance of trade between the UK and Germany’s largest state, as the UK’s tenth largest trading partner. Furthermore, the MP spoke at the German Department for International Trade’s chemicals industry dinner to discuss the significance of trade, investment and innovation in this industry for both countries.

The importance of German businesses to the UK economy cannot be overstated, and the MP for Chelsea and Fulham had the opportunity to meet with German businesses including Henkel, a global consumer products company with 550+ employees at their offices in the UK and £295 million in sales. The MP also attended a round table with German business organisations to discuss trade relations and their recovery from the pandemic whilst also looking at ways to overcome collective challenges in the future.

“It was an honour to attend the 75th anniversary of the foundation of North Rhine Westphalia and to meet and spend time with Chancellor Merkel. There are few countries in the world that share such a close economic partnership compared to the UK and Germany. I look forward to further collaboration between our two nations to enhance our bilateral relationship and support shared prosperity for the people of the UK and Germany.”