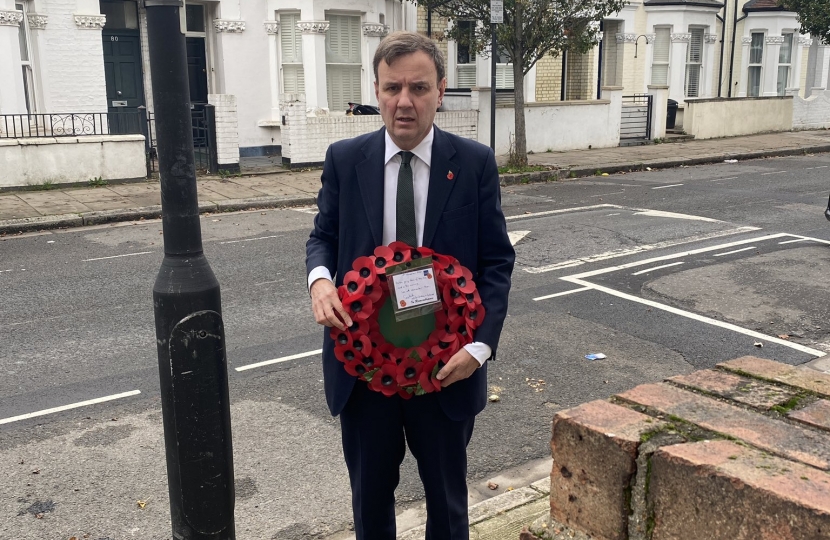 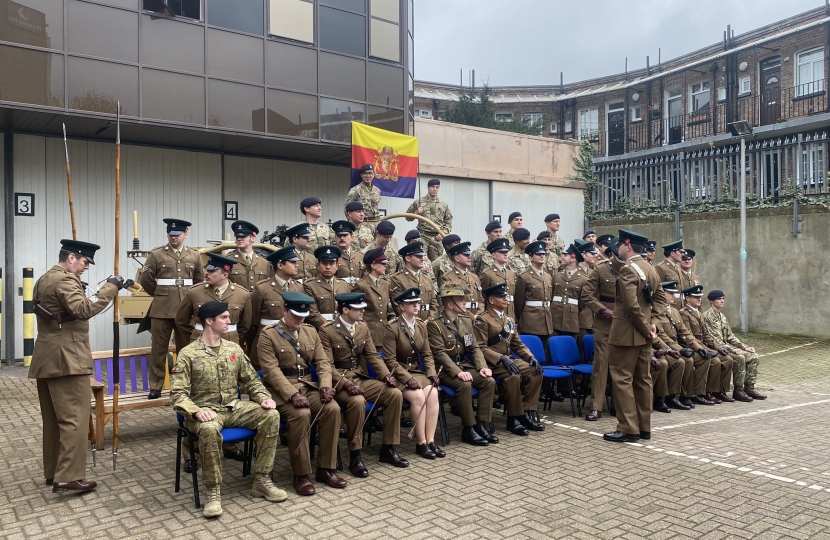 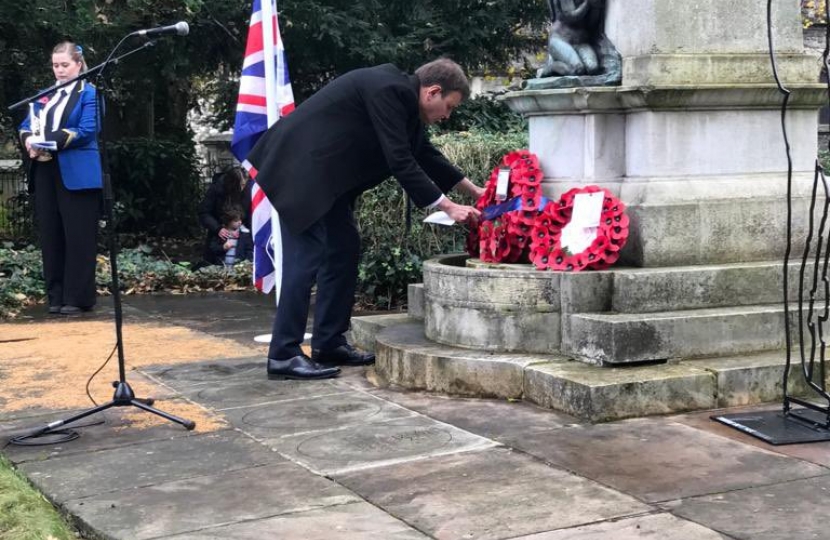 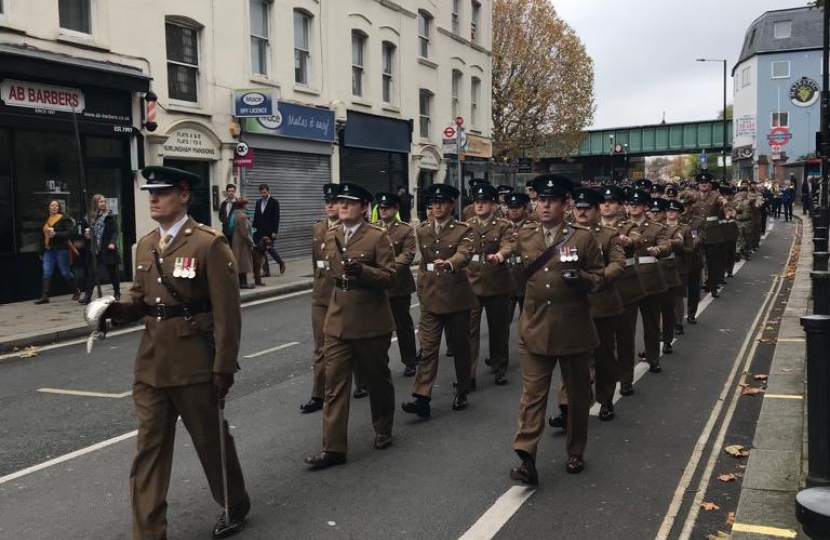 On Remembrance Sunday, Greg Hands MP honoured the sacrifices of those who gave their lives in two world wars and other conflicts around the world during the local civic parade and service.

Alternating every year between Chelsea and Fulham for Remembrance Sunday, Greg Hands MP attended the commemorations in Fulham this year, and was joined by war veterans, ex-servicemen and women, councillors, residents and community groups.

The procession went from Parsons Green to the Fulham War Memorial in Vicarage Garden, where the MP for Chelsea and Fulham laid a wreath in memory of all those who have lost their lives protecting us.

A very poignant open-air Service was held by Vicar Penny Seabrook, the Reverend of All Saints Church, before the parade reassembled and marched to Fulham House, where the Deputy Mayor took the salute.

“The Remembrance Sunday service in Fulham is always a very moving occasion and this year was no different. Both the service and procession were fitting tributes to those who sacrificed so much to defend our way of life.

Like every year, the turnout from local residents was impressive, highlighting the importance our local community places on honouring the contribution of uniformed personnel.”