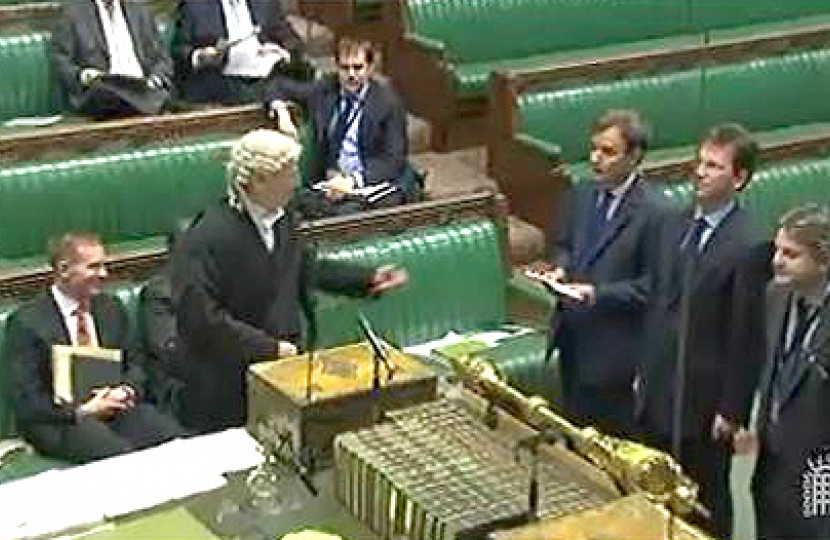 Greg Hands M.P. has been made a Government Whip in last week's reshuffle of Ministerial posts. The appointments were made by the Prime Minister on 14 October and approved by HM The Queen later that evening.

Greg has assumed specific responsibilities for H.M. Treasury and the Northern Ireland Office. Since the election, he had been Parliamentary Private Secretary to the Chancellor of the Exchequer, a role that will now be filled by Sajid Javid M.P.

Government Whips handle the procedural aspects of legislation as it comes before Parliament, including counting MPs’ votes as “tellers”. By convention, they do not speak during questions or debates in the House of Commons, but they continue to take an active role on behalf of their constituents.

Commenting on his appointment, Greg Hands said: "I was delighted when the Prime Minister asked me to become a Government Minister, in the Whips Office.

“Not only is the Government taking the difficult decisions needed to help us ride through the economic storm, it is making long-overdue reforms in our schools and in the welfare system.

“Although this means I will be heard less often in the Commons Chamber, people will continue to hear and see me in Chelsea and Fulham. My weekly surgeries and other commitments will carry on as usual.”