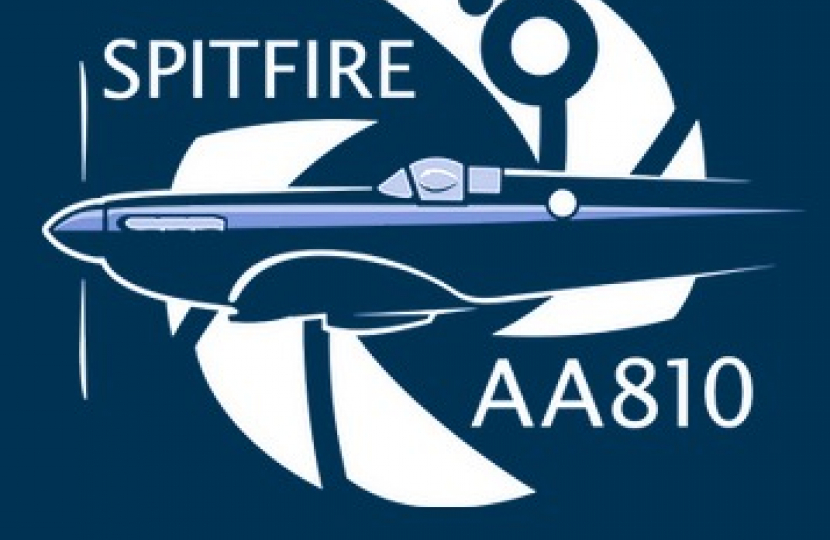 The PRU was formed on the 24th of September 1939 and throughout the Second World War it operated highly dangerous, clandestine photographic reconnaissance operations over all theatres of operation, and captured more than 26 million images of enemy operations and installations during the war.

The purpose of the PRU was to provide up-to-date intelligence to strategically plan the Allied actions in the war. Flying Spitfires and Mosquitos, the intelligence it gathered was used by all the armed forces, giving same day intelligence on enemy activity.

The intelligence provided by the PRU was used in the Cabinet War Rooms – now the ‘Churchill War Rooms’ located underneath the Treasury – and was instrumental in the planning of major operations; D-Day and the Dambusters Raid, the monitoring of major shipping movements such as the Bismarck and Tirpitz, and the locating of the site of the V1 and V2 rocket launching site at Peenemünde.

Due to the clandestine nature of their operations – they flew solo operations, unarmed and unarmoured – the death rate was nearly 50%. However, despite having one of the lowest survival rates of the war – life expectancy in the PRU was around two and a half months – there is no national memorial to the PRU.

The ‘Spitfire AA810 Project’ has therefore led the campaign to establish such a memorial in central London.

Three of those who served in the PRU are local heroes Albert Spire, Charles Christie, and Derrick Copperwaite.

Albert Spire was born in Fulham in November 1921; the son of Ebenezer and Emily Spire. Training as a pilot he joined 683 Photographic Reconnaissance Squadron based at that point in the war in San Severo, Italy.

On the 8th October 1944 he was briefed to fly a PR.XI Spitfire to photograph various targets in the Stuttgart area, taking off on the mission at 0920hrs but had not returned to base by dusk.

Circumstances around his loss are not clear but Albert's Spitfire crashed near Haslach-im-Kinzigtal railway station at 1500hrs and Albert was taken Prisoner of War.

His prison camp is unknown, but what is known is that he returned to the UK post war, taking up a position within the Foreign Office.

He eventually became the British Consul General in Sydney and held various other appointments in other British Embassies around the world. He was awarded the CBE for his work in the Foreign Office in 1976.

Peter Christie was born in Chelsea and trained as a pilot before being posted to 140 Photographic Reconnaissance Squadron.

On the 16th December 1941 he was selected to carry out a high-altitude test of Spitfire R7142 and he took off heading to the south west.

A short while later, his Spitfire impacted the ground at high speed close to RAF Warmwell in Dorset, Charles had made no attempt to abandon the aircraft.

The 22-year-old was buried in Hertfordshire.

Derrick Copperwaite was from Fulham, training as a Navigator upon joining the RAF and was assigned to 140 Photographic Reconnaissance Squadron flying as part of a two-man crew in a Mosquito.

On the 6th November 1944, Derrick and his pilot W/Cdr Frederic Dobell took off for an unarmed reconnaissance over Germany, but they were intercepted over Bocholt by German fighters, during which the reconnaissance mosquito was badly damaged and Derrick was wounded.

Fred managed to limp the damaged mosquito back to the advanced landing ground at Volkel, Netherlands but tragically 20-year-old Derrick had succumbed to his wounds before landing.

He is buried in the Netherlands.

“I was thrilled to meet last month campaigners on this issue, and, as a student of twentieth century history, I know how important - and dangerous - many of these specialist military roles in the wars were.

I am delighted to support this fantastic campaign to commemorate those who served in the Photographic Reconnaissance Unit.

This includes Albert Spire, Charles Christie, and Derrick Copperwaite, all of whom served admirably in the PRU under exceptionally difficult conditions, and ultimately two of them gave their lives in service of our country.

If there is anyone related to Albert Spire, Charles Christie, and Derrick Copperwaite, or if anyone know someone who served in the PRU during the war, please go the Spitfire AA810 Project website (www.spitfireaa810.co.uk), or get in touch with Tony Hoskins, Tony@spitfireaa810.co.uk.