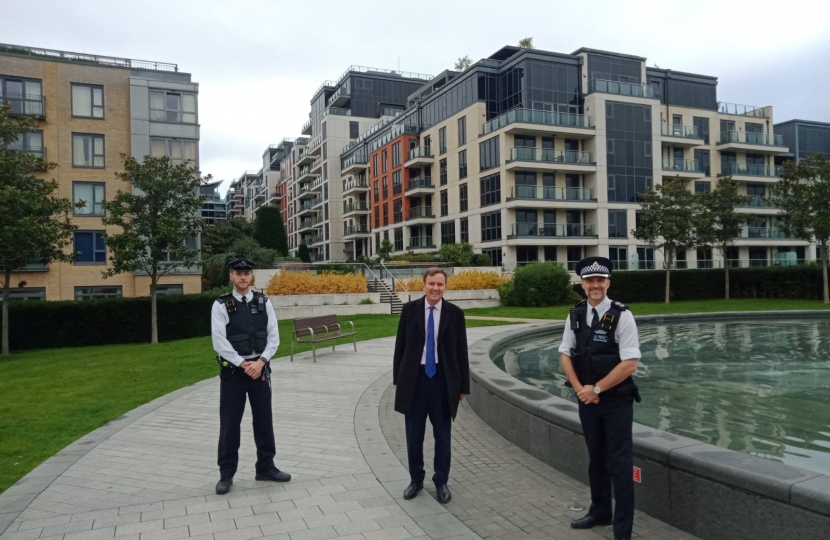 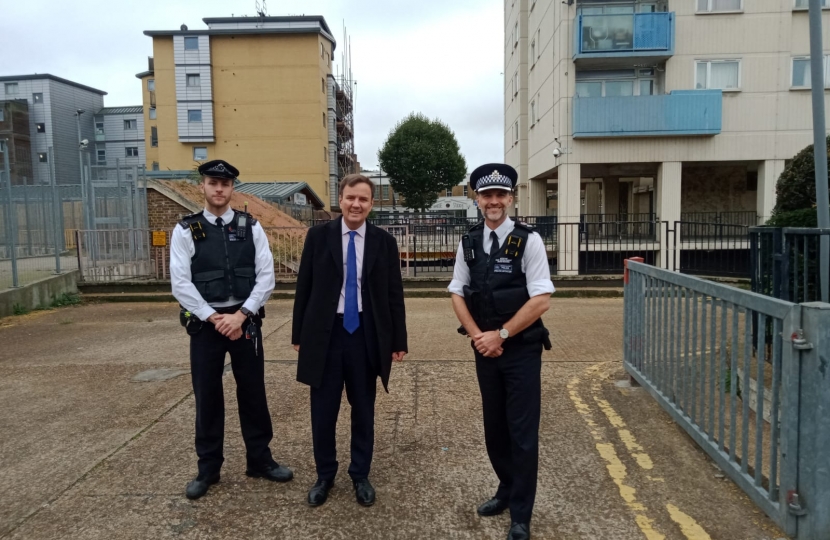 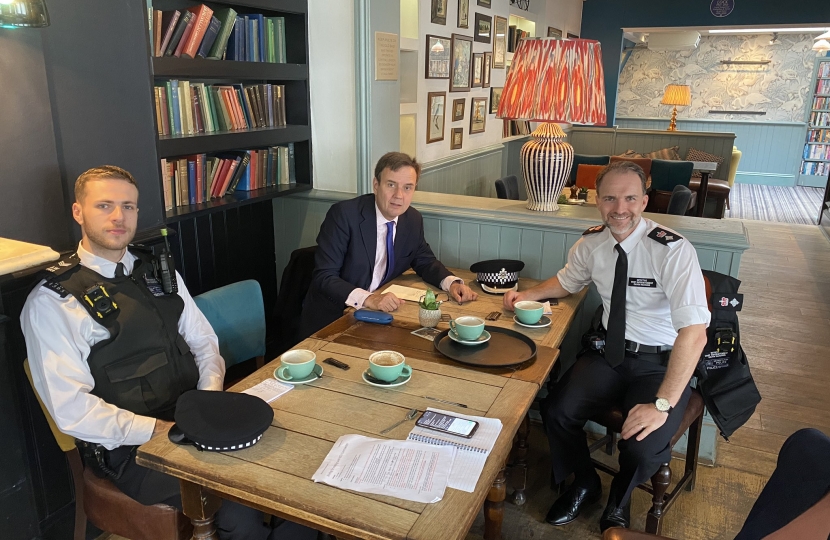 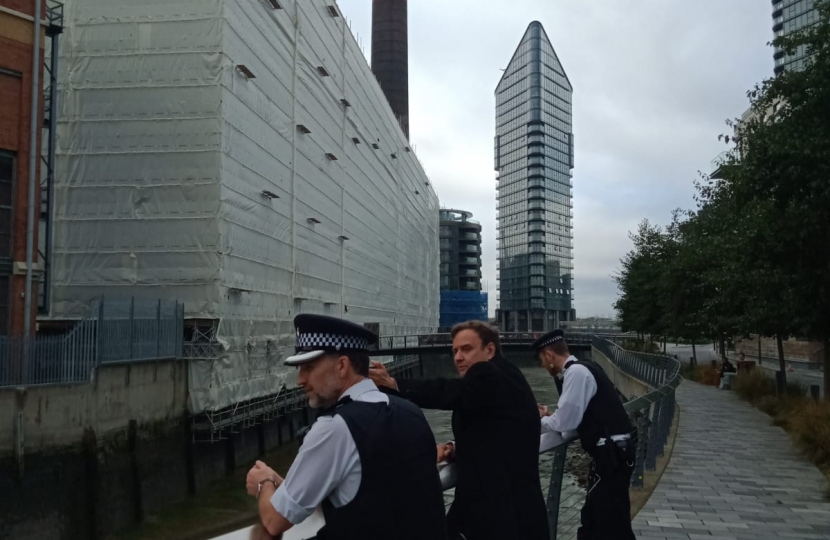 On Friday, 8 October, the MP for Chelsea and Fulham met the Central West BCU Commander, Owain Richards, in South Fulham to discuss his concerns about crime locally and hear the Metropolitan Police’s plans to reduce and prevent crime across London.

During their meeting, the MP discussed these key local crime issues with Commander Richards including recent incidents on Gowan Avenue in Fulham and Burton Court in Chelsea.

Throughout the visit, the MP and BCU Commander visited the Townmead Estate, Imperial Wharf Station and Chelsea Creek. Greg Hands MP pointed out the anti-social hotspots within the area and spoke to residents about their key concerns and worries regarding crime within Chelsea and Fulham.

The action the Police are taking to further reduce crime such as robberies and knife related incidents within Chelsea and Fulham, including increased night patrols and more support for the Safer Neighbourhood Teams, was also talked about.

“It was great to welcome the BCU Commander, Owain Richards, to South Fulham. In recent months, South Fulham has reported various crime incidents and most concerning, a couple of knife related incidents including a tragic fatal stabbing earlier this year in February.

The police do an important job to protect the community and it was reassuring to hear the BCU Commander’s plans to continue to prioritise reducing and preventing crime in Fulham and Chelsea, and across the whole Borough Command Unit.”