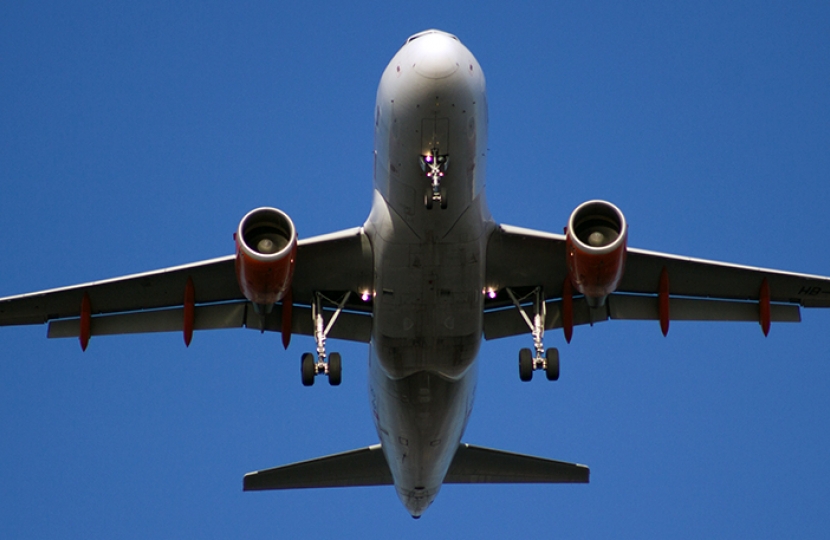 Greg Hands MP has repeated his longstanding opposition to a third runway at Heathrow airport. This came in response to the Government's proposal to proceed with the scheme, which in turn was in response to the Davies Commission findings in 2015.

In September 2012, the Government appointed Sir Howard Davies to lead the Airports Commission in considering how the UK might maintain its status as an international aviation hub, and in particular provide increased capacity in the South East of England, seeing as anew, full-length runway has not been built in the South East since the Second World War.

In July 2015, the Airports Commission published its Final Report, acknowledging three viable proposals for airport expansion: a new, north-west runway at Heathrow; a second runway at Gatwick; and an extension to one of Heathrow’s existing runways. The Commission’s preferred option was the new, north-west runway at Heathrow. In December 2015, the then Secretary of State for Transport, Sir Patrick McLoughlin MP, announced thatthe Government accepted both the case for airport expansion in the South East and the Airports Commission’s shortlist of options for expansion.

Following today’s announcement of governmental support for a third runway at Heathrow, the scheme will be taken forward in the form of a draft ‘National policy statement’ for consultation in 2017, after which there will be a public consultation followed by a parliamentary vote.

Member of Parliament for Chelsea & Fulham, Greg Hands, has raised his constituents’ concerns on the proposed expansion of Heathrow over more than a decade as an MP. Indeed, as a long-term resident of Fulham, Greg knows all too well that both Chelsea and Fulham suffer from the direct impact of noise from aircraft flying overhead. Accordingly, Greg discussed the prospect of airport expansion in person with Sir Howard, and he made a formal submission to the Airports Commission in February 2015.

In his submission to the Airports Commission, Greg emphasised the importance for balancing the need for greater capacity with the aim of making airports quieter and more environmentally friendly. Greg drew particular attention to the need to give due consideration not only to direct users of the airports and passengers, but also to those living under the flight path. More specifically, Greg drew attention to the impact that scheduled night flights have on his constituents in Chelsea & Fulham.

While Greg remains concerned about the impact that a third runway at Heathrow Airport will have on his constituents, he fully understands the need to expand airport capacity in general in the South East of England.

Greg Hands MP said: "I know that this announcement will come as a disappointment to many of my constituents in Chelsea & Fulham, as well as to those I campaigned with when I represented Hammersmith as its MP. However, I fully acknowledge the need to increase airport capacity in the South East of England.

“There is some good news in the announcement, especially for my constituents – that the Government has recommended a six-and-a-half hour ban on scheduled night flights, something for which I have been campaigning for more than a decade. The prospective and effective end of night flights does sweeten the overall blow a little.

“I should like to echo the words of my ministerial colleagues in saying how grateful I am to the Prime Minister for allowing those of us who have longstanding concerns about expansion at Heathrow to take a different view about the future of our airports. Accordingly, I shall continue representing the concerns of my constituents in Chelsea & Fulham in opposing the third runway at Heathrow. This Heathrow expansion will have a negative impact on Chelsea & Fulham through increased aircraft noise and other degradations to our quality of life".