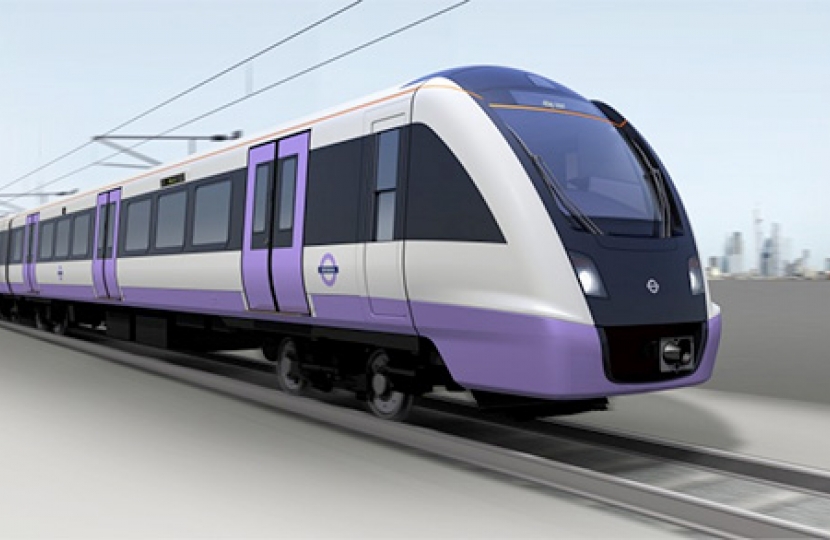 I am writing in response to Transport for London’s current consultation on Crossrail 2, as the Member of Parliament for Chelsea and Fulham.

As a constituency MP, I support the construction of Crossrail 2, and look forward to it bringing essential additional public transport capacity to London, and to Chelsea in particular. I look forward to seeing a Hybrid Bill come before the House of Commons in due course.

My comments particularly relate to the three options for a potential station in Chelsea: a station at Dovehouse Green, a station further west at what is described as “Chelsea West”, and another option that would bypass the borough altogether, i.e. to have no Chelsea station at all.

As you may know, I have openly supported the principle of what used to be described as a Chelsea-Hackney line, now known as Crossrail 2, and featured this in my General Election campaign in 2010, and continue to support the idea of a station in Chelsea. This proposition has been in the pipeline since the 1970s, based on an idea formed much earlier in 1901. The area is inadequately served by existing underground lines and is lacking effective transport links to the rest of London. I do think that a Crossrail 2 station in Chelsea might also address problems of overcrowding on the District Line, and for this reason I think it would be a pity not to have a station in Chelsea.

Since the start of this consultation, I have received a large volume of correspondence from my constituents with many differing viewpoints on the three options. I attended the Annual General Meeting of the Cremorne Estate Residents’ Association on 7th July to listen to residents’ concerns, and made a pledge to those attending that I would find out more about the proposed plans from TfL and RBKC. I also attended your consultation drop in session at Chelsea Old Town Hall earlier this month, speaking with TfL officers, local councillors and residents.

I subsequently met Councillor Nick Paget-Brown, Leader of RBKC; where I relayed the strength of feeling of Cremorne residents about the “Chelsea West” option, and what they believed to be a lack of consultation, and even information. I then met separately with Richard De Cani, Director of Transport Strategy & Planning at TfL, and Jonathan Bore, Head of Planning at RBKC. This meeting brought about a useful exchange of information about the station sites. I expressed the strong, but varying views of my constituents, and asked about the current status of plans for each site.

Mr De Cani informed me that the Dovehouse Green site has been safeguarded for a potential station since 1991, along with the subterranean path for the line which is due to run underneath the Kings Road. All of this information is already in the public domain.

However, Mr De Cani confirmed that the idea of a station further west had only recently been developed, and that no site had been safeguarded. Despite the Dovehouse Green site receiving protection from further planning, TfL cited that no detailed plans had been drawn up for this site either. It was made clear to me by both TfL and RBKC that this consultation was merely about the concept of having a station in Chelsea, and where approximately it might be located. They reiterated that no detailed plans had been made for either of the two potential station sites.

Regrettably, I feel that there is not enough information for me to respond in full to the consultation, by choosing a preferred site. As there are no detailed plans in place, I cannot evaluate the potential effects of a station at either site on surrounding residents. I have made, in my view, considerable effort to find out more the detailed location and impact of each of the sites, without much forthcoming from TfL. Nor can I assess the likely impact of the construction of the station on the area in general, and the immediate surroundings of each of the locations in particular.

Despite much questioning by me and others, it seems that TfL is particularly unable or unwilling to describe the likely impact of the “Chelsea West” station option on the Cremorne estate, and how extensive any demolition would be, if indeed any would be required. This has had the unfortunate, and largely understandable, side effect of creating a great deal of concern amongst many of the residents of that estate. It might have been better for TfL to be as explicit as possible in describing the precise locations of the station sites, the impact of the construction and so on. Residents of the Cremorne estate in particular deserve more information about the location of the “Chelsea West” station site, and I fully understand their aggrieved feelings that they were kept somewhat in the dark on the proposal for that station site.

I note that RBKC has recently made its own submission to the consultation, in favour of the Dovehouse Green site, and trust that TfL and RBKC will work together to keep Chelsea residents informed about any further developments in the future. I will be following this debate very closely, and once more detailed plans come forward, will be responding further in the future.