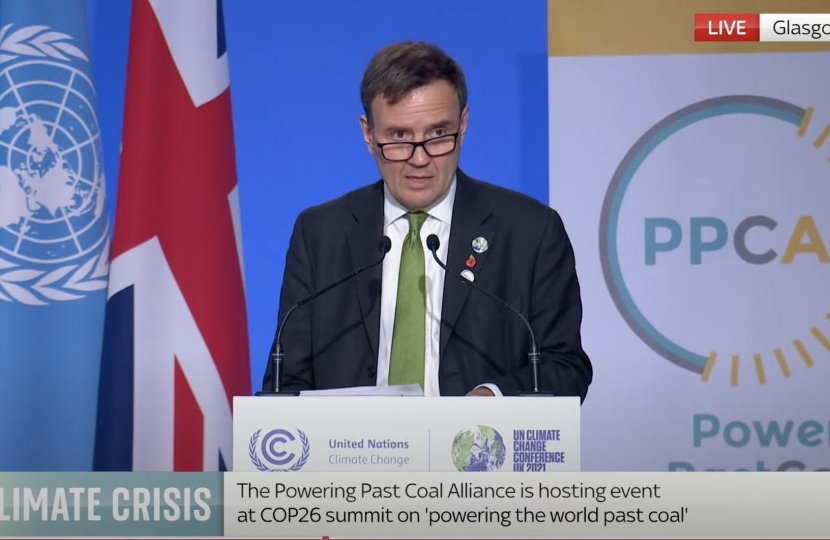 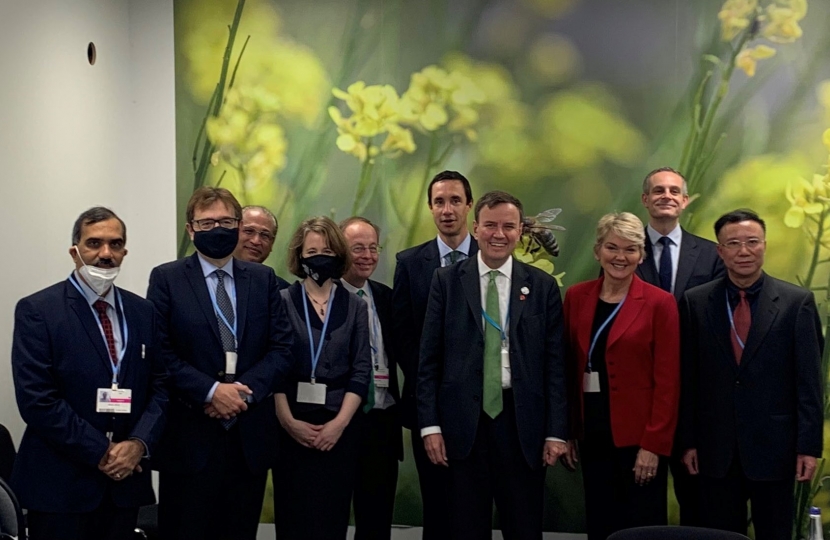 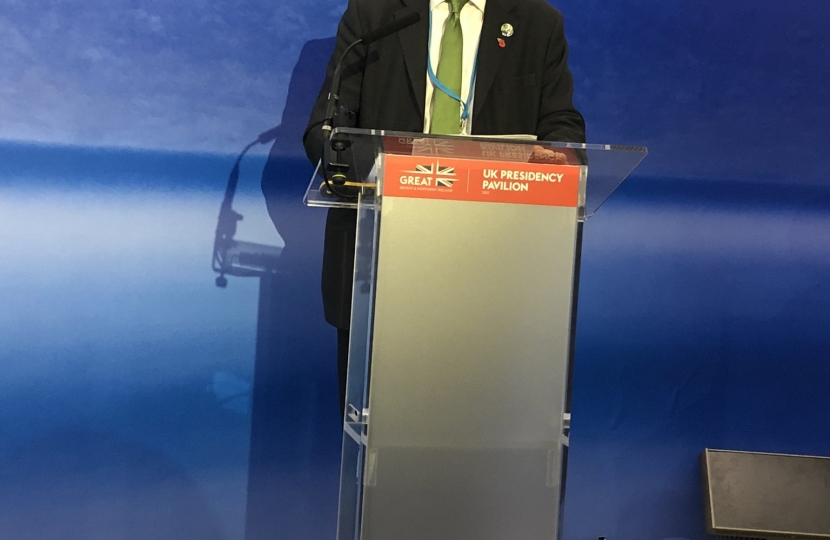 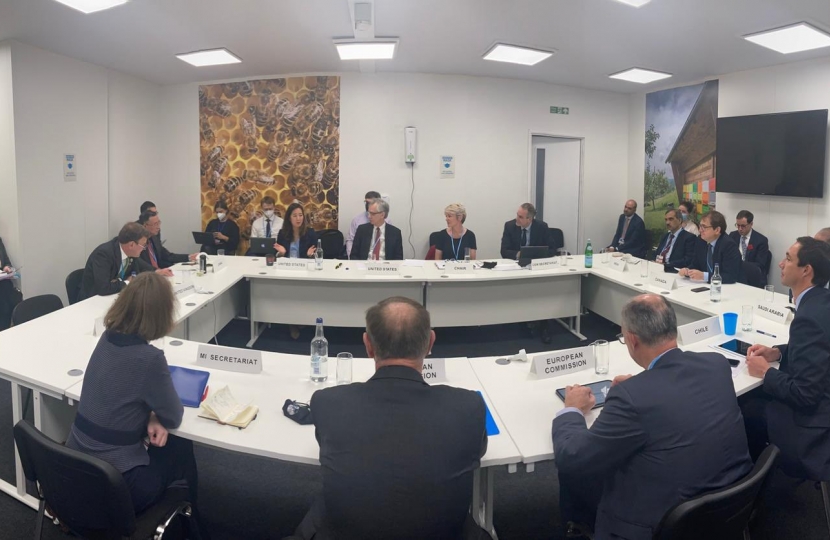 Last Friday was the final day of COP26, marking the end of the biggest political gathering of any kind ever held in this country.

After 2 weeks of politicians, campaigners and negotiators being locked in talks about how to combat climate change, Greg Hands MP, the Minister for Energy, Clean Growth and Climate Change, welcomed the results that this event delivered.

Almost 200 countries have put their name to the Glasgow Climate Pact, marking a key shift in the world’s approach to tackling carbon emissions. For the first time ever, a UN climate change conference has delivered a mandate to cut the use of coal for power generation.

Having taking part in COP26 on Energy Day, Greg has championed a global reduction in fossil fuel use, including coal. Speaking at COP26 in Glasgow, the MP launched a new statement on ‘International Public Support for Clean Energy Transition’, with signatories, including 20 countries and development banks, agreeing to end international finance for unabated fossil fuels by the end of 2022.

As co-chair of the Powering Past Coal Alliance (PPCA), the Minister welcomed 28 new members at COP26, taking PPCA membership to 165. Looking to the future, Greg Hands MP will be working alongside other PPCA members to phase out coal in coal-dependent countries like South Africa, Indonesia and India.

For example, the UK has already arranged a multi-billion pound partnership to help South Africa become less reliant on coal and create green jobs instead.

Greg also spent his time at COP26 promoting the use of alternatives to coal, making speeches and meeting his foreign counterparts from all over the world to discuss the importance of renewable energy sources such as offshore wind and nuclear power in cutting global carbon emissions.

Commenting on the event, the Minister said

“COP26 has been essential in bringing countries together to commit to key promises that will not only consign coal to history but deliver a global green revolution.

It is now important for all COP26 participants to ensure that the promises made at Glasgow are delivered and strengthened as it is only through collective action that we can drive clean growth and effectively fight climate change.”

For more detail on the outcomes of COP26, please click on the following link:  https://www.gov.uk/government/topical-events/cop26