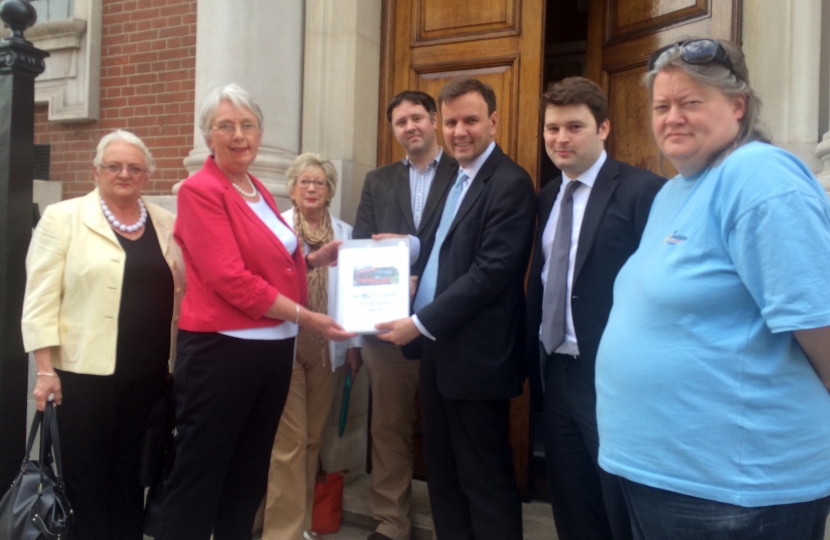 On Friday, 26 June, Greg Hands, Member of Parliament for Chelsea and Fulham, met with a delegation of local residents concerned about changes to the 424 bus route, due to be proposed by Transport for London (TfL).

Currently, the 424 bus route runs from Craven Cottage to Putney High Street, and provides a vital service for residents of Sands End and Peterborough Road in addition to other neighbourhoods. However, Greg has been made aware that TfL plans to make radical changes to the route, with one outcome being that Sands End would lose its only direct bus service.

Six local residents, including two of Hammersmith & Fulham Council’s Sands End Conservative ward councillors, Steve Hamilton and Robert Largan, presented Greg with a petition signed by approximately 2,500 local residents, all of whom are opposed to the curtailment of the 424 route due to be proposed by TfL.

In light of the sizeable local opposition to any such alterations, Greg escalated his constituents’ concerns directly to Boris Johnson, the Mayor of London, with whom he had a meeting to discuss a number of constituency-related issues on Monday, 29 June. Greg explained the nature of his constituents’ concerns to the Mayor, and he looks forward to receiving further information on any such proposed changes to the route once the consultation process begins.

After his meeting with the Mayor, Greg Hands said, “I continue to keep an eye on any curtailment of the 424 bus route, which is yet to be announced by Transport for London, and I am well aware of the already immense local opposition to any such changes. Indeed, Councellor Largan tells me that not a single person has spoken in support of the possible curtailment of this route.

“I reiterate what I said in June: I believe that TfL should reconsider any such poorly thought out proposals, and I intend to make a submission opposing them as soon as the consultation opens.”

The local Conservative councillors’ petition to retain the 424 bus route can still be accessed at http://hfconservatives.com/424bus/ 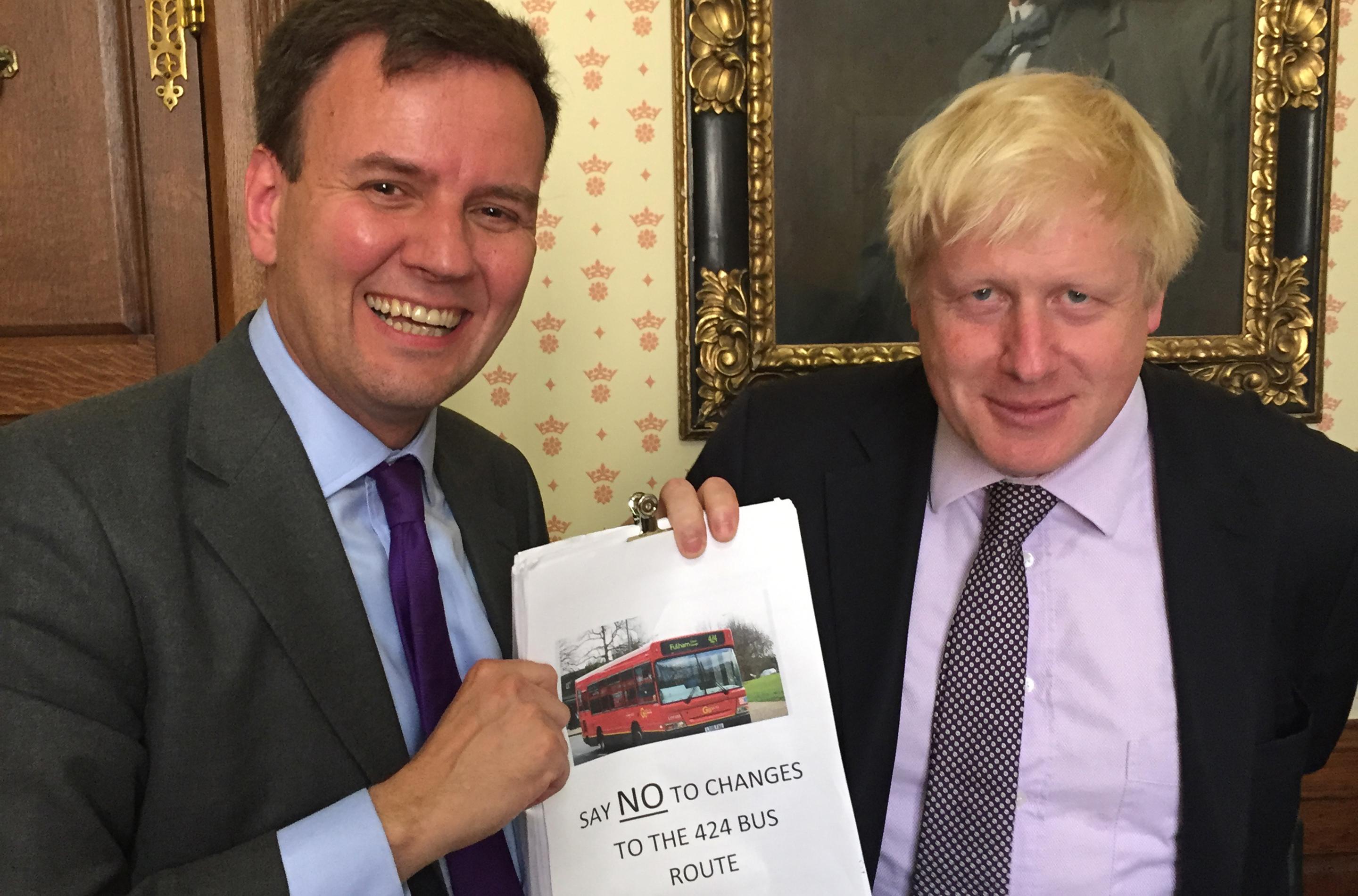 Member of Parliament for Chelsea and Fulham, Greg Hands, has received a written update on Transport for London’s (TfL) proposed curtailment of the 424 bus route. This route currently runs right the way from Craven Cottage in Fulham to Putney High Street, providing a vital service for residents in Sands End and Peterborough Road.

The Mayor’s update came in response to the petition organised by Sands End ward Conservative councillors Rob Largan, Steve Hamilton, and Jane Law, who collected more than 2,000 signatures in less than a fortnight. The Mayor’s letter explains that Transport for London has not yet made any decisions about its proposals for the 424 bus route, and that the proposals would be subject to a full public consultation planned for the autumn. The Mayor encourages local residents to respond.

Nevertheless, when the consultation officially starts, Greg Hands will do everything he can to maximise the response from Fulham in an effort to prevent TfL’s proposed curtailment of the 424 bus route.