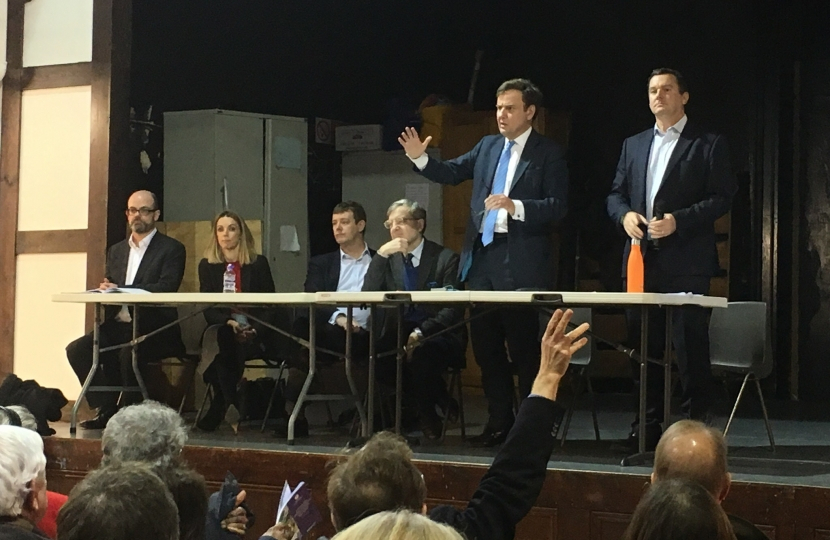 Greg strongly advocated that the proposals would have a negative impact on his constituents in Chelsea and Fulham for three main reasons: it would damage our precious urban environment, a large hub airport is not in the national interest and night flights are a wholly unnecessary strain on the liveability of London, including Chelsea and Fulham.

Greg has campaigned against the expansion of Heathrow Airport for more than a decade as a Member of Parliament and has made it very clear that he is against an expanded Heathrow and the subsequent increase in flights (including and in particular night flights) that he believes will occur as a result.

Aside from resigning in 2018, Greg has worked tirelessly on this issue, including launching a petition for suspension of Heathrow Airport night flights, which was presented to Heathrow on 20 November 2020.

Greg has hosted and chaired public Q & A meetings, including in 2019 when he chaired a lively Q & A on Heathrow expansion and their latest consultation at the time. On the panel alongside Greg were Tony Devenish, GLA member for West Central London and four representatives from Heathrow.

As Member of Parliament for Chelsea & Fulham, Greg has responded to multiple consultations. The most recent being the consultation on Night Flights restrictions at Heathrow, Gatwick and Stansted airports beyond 2021, plus national night flight policy. Greg’s submission focused on the impact of night flights at Heathrow Airport as these are the night flights which directly impact his constituents.

As the MP detailed in his submission to the first part of the night flight restrictions consultation in March 2021, and in others previously, he continues to argue that there should be a comprehensive ban on night flights at Heathrow Airport between 23:00 and 06:00.

For three decades, Greg has lived under the Heathrow Airport flight path and he is regularly disturbed and woken up by aircraft noise. Greg knows he is not alone. Many of his constituents across Chelsea & Fulham, as well as thousands of residents in West London and across the South East, are also affected. Many leading organisations have highlighted the impact of aircraft noise and sustained sleep deprivation.

Residents have jobs to do and families to look after, for which they require a good night’s sleep. Accordingly, not only are people losing sleep because of being disturbed by aircraft noise during the night, but their daily lives are being indirectly affected by it.

Greg firmly believes that a comprehensive ban on night flights at Heathrow Airport between 23:00 and 06:00 should be introduced.

Greg will continue to fight against Heathrow’s expansion, and for the ban on night flights.